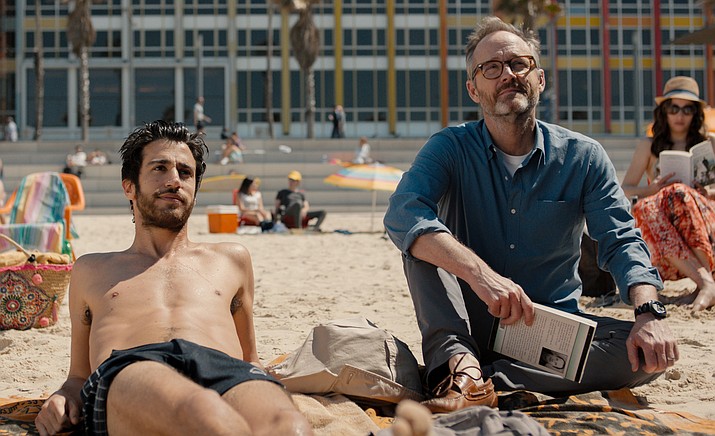 A New York Times writer visits Tel Aviv after suffering a tragedy. The city’s energy and his relationship with a younger man he meets there bring him back to life. (SIFF/Courtesy)

The Sedona International Film Festival presents the northern Arizona theatrical premiere of “Sublet” showing Aug. 20-25 at the Mary D. Fisher Theatre, according to a news release.

“Sublet” played to rave reviews and was one of the highest rated films by audience vote at the recent Sedona Film Festival and is returning for a theatrical run by popular demand.

Michael, a travel columnist for The New York Times, goes to Tel Aviv to write an article after suffering a tragedy. He is still grieving and the loss has caused problems between him and his husband. He just wants to do his research and go home. But when he sublets an apartment from Tomer, a young film student, he finds himself drawn into the life of the city.

Superficially, the two men couldn’t be more different. Michael is an established journalist who has been with his partner for decades. He came of age during the years when AIDS was ravaging the gay community and he appreciates how much things have changed.

Tomer struggles to earn a living and is still trying to figure out what kind of films he wants to make. He can’t imagine settling down and is into casual sex, avoiding anyone who wants to get serious. Michael hasn’t been to Israel since his Bar Mitzvah trip, which he didn’t enjoy much. His Jewish identity has never meant much to him. So he is surprised to find a city filled with fascinating contradictions and pulsing with life. What really begins to turn things around for him is the unlikely and intense bond he forms with Tomer, which transforms both their lives in unexpected ways.

The film’s director, Eytan Fox, was born in New York City and raised in Israel. Through this story of a relationship between two men, he examines different sides of his own identity.