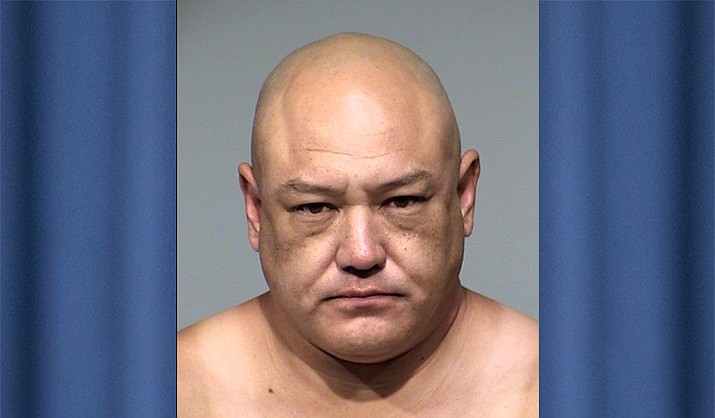 VILLAGE OF OAK CREEK — A 44-year-old Sedona man wanted on multiple outstanding warrants was arrested after he forced a five-hour standoff with police before a SWAT team breached the home and found him hiding in a closet, according to a news release Thursday morning.

More than 20 firearms and pipe bomb materials were found by investigators from multiple agencies in the main part of the house, located on Jacks Canyon Road in the Village of Oak Creek, according to YCSO spokesperson Kristin Greene.

PANT detectives also found drug paraphernalia, and several unidentified substances that could be methamphetamine and cocaine inside the home, which is reportedly owned by the suspect’s mother. 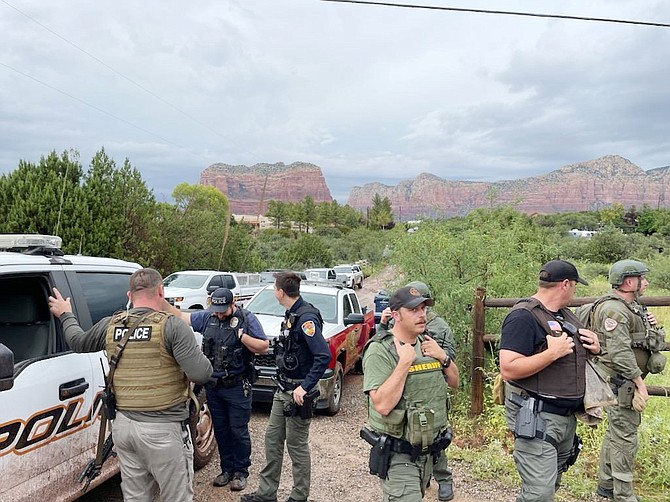 Officers from multiple agencies stand outside a Village of Oak Creek home after arresting Herb Ludewig, 44, of Sedona, who was wanted on multiple outstanding warrants. After his arrest, investigators found more than 20 firearms and pipe bomb materials inside the home. (YCSO/Courtesy)

Herb Ludewig, 44, of Sedona, wanted for multiple violent felonies in Maricopa County, was taken to Yavapai County Jail on the outstanding warrants and new weapons charges.

YCSO SWAT, in conjunction with the Coconino County Sheriff’s Office, Verde Valley Regional SWAT, Prescott and Cottonwood Police Departments, and the U.S. Marshalls, all worked together to make the arrest.

Cottonwood PD spokesperson Sgt. Chad Sinn said the operation called for so many SWAT units, including Verde Valley SWAT, due to the large area where the house was located, an estimated “16-acre lot with multiple buildings.”

At approximately 12:45 p.m. Wednesday, Aug. 18, YCSO was asked to assist in executing a search warrant on a suspect who was wanted for charges in Maricopa County, including aggravated assault on law enforcement.

Coconino County was simultaneously serving a search warrant on the subject for a possible connection to a homicide, according to Greene.

Ludewig was located in a rural area in the Village of Oak Creek with four other people in a home near Jacks Canyon Road.

“YCSO negotiators attempted unsuccessfully to get the suspect to surrender, however three of the occupants peacefully exited the house,” Greene said in a statement. “The fourth person was found in a shed. She and one other occupant were booked on unrelated outstanding warrants.”

Greene said that the YCSO criminal investigation unit, “Will continue to search for other weapons in the home.”