Column: Why does civility go out the COVID-19 window when talking about masks? 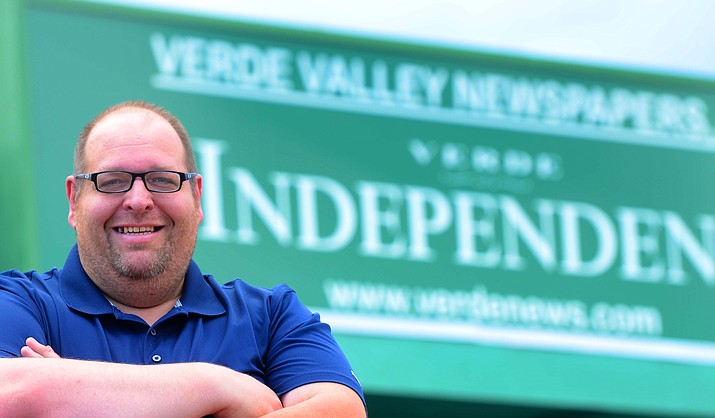 The political tit for tat going on between Gov. Doug Ducey, Arizona schools and now President Joe Biden has been interesting to watch.

If you’re unaware of what’s been happening in the last week, here’s a quick recap:

First, a judge decided Monday to deny a lawsuit against the Phoenix Union High School District, which initiated a mask mandate for its students to help ease the spread of COVID-19.

The judge stated that the Arizona law passed by legislators earlier this summer making it illegal for schools to institute a COVID-19 mask mandate doesn’t take effect until Sept. 29.

“Under Arizona law, new laws are effective 90 days after the legislative session ends, which is Sept. 29 this year,” the judge stated.

This gave Arizona school districts across the board an out legally, and at least a dozen instituted mask mandates by the very next day, and a dozen more followed late this week.

Then on Tuesday, in response to the judge, Gov. Ducey decided it would a good idea to up the mask mandate ante, so to speak, announcing that he plans to divide up the $163 million the state received through the American Rescue Plan to boost per-pupil funding.

Great right? Except the catch is, those dollars will only be made available to district and charter schools who are “following all state laws.” The governor made sure to say that schools which are requiring students and staff to wear masks are not in compliance, a bully tactic to the nth degree.

Ducey’s “Education Plus Up Grant Program,” the aforementioned $163 million, could give schools up to $1,800 per student. For a campus like Mingus Union High School that has around 1,400 kids walking the halls and in classrooms every day, that’s $2.5 million and change.

Fast forward to Wednesday, President Biden chimed in, directing the nation’s top education official to take action “against governors that are trying to block and intimidate local school officials and educators” by prohibiting them from requiring the use of masks, charging him with the use of civil rights laws if need be.

Likely, this could be characterized as overreach by the federal government, getting in the way of a state’s ability to govern themselves. Yes, Biden did not mouth Ducey by name, but he was definitely thinking about him during this speech.

“We’re not going to sit by as governors try to block and intimidate educators who protect our children,” the president said in an announcement from the White House.

Of course by Thursday, Ducey found himself in front of more media cameras and called the president’s bid to go after governors, “Weak and pathetic.”

So what do all of these shots across the political bow mean for normal communities like us in the Verde Valley? Using a gerrymandering tactic, replacing the use districts with a pandemic such as COVID-19 to win a political fight, seems over the top on all sides, don’t you think?

Speaking of over the top, did you see the Colorado River Union High School District in Bullhead City just issued a “gag order” to its employees, stating that they cannot talk about vaccination status or mask wearing with students. It was approved unanimously.

Most Verde Valley schools aren’t instituting a mask policy for their students. Do we blame them? Every decision a school board makes these days when it comes to COVID-19 leaves at least one group of parents or community members up in arms.

Just look at the Humboldt Unified School District in Prescott Valley, which decided during a school board meeting this week to at least talk about mandating masks for their schools. Some people in attendance began to threaten, curse and scream at board members. It got so bad that some parents even had to be reportedly escorted out of the building by police officers.

I understand the point of view that it should be a choice to wear a mask, or get a vaccination, and Gov. Ducey is attempting to keep it that way. I also understand why mandates exist, because sometimes we need protection even from ourselves. It’s why law exists. And I also understand the other side that says, “Treat your fellow man how you wanted to be treated,” wear a mask to protect those around you.

Hopefully, whatever the solution is when it comes to protecting ourselves and our community from the pandemic, we figure it out quickly. And maybe, just maybe, we can all try to be a little more civil while doing so.