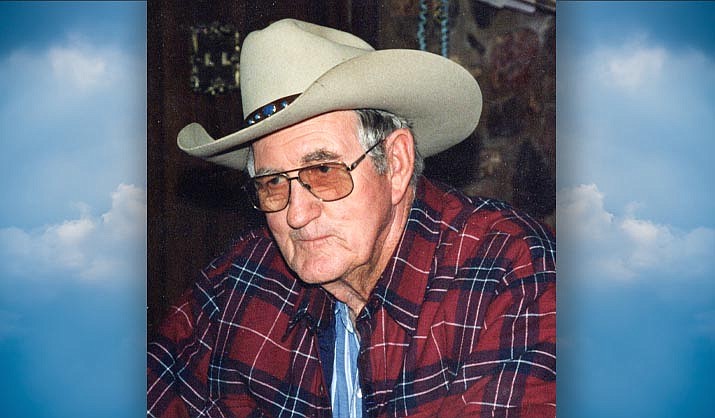 Clarence “Vic” Dickison, 97, passed August 15, 2021, in Cottonwood, AZ. He was born May 16, 1924, to Clarence Kelly and Hazel Bell Dickison in Big Park, AZ. The Dickisons were one of the original homesteaders in the Big Park area.

He was the second of seven children in the family. He went to school in a one room schoolhouse in the area. He lived in Sedona and Cornville all his life, except for a short time he traveled to Alaska, Canada, and Colorado.


He had many interests in gold mining, worked for the Forest Service one summer, drove school bus for Sedona School and had a septic tank business for a while. He was very independent and lived on his own until he broke his hip and had to go to a rest home. He still had a sense of humor during it all.

He was preceded in death by his parents; brothers, Aron, George, and Millard and sister, Ellen. He is survived by a sister, Ruth Davidson of Camp Verde; a sister-in-law, Peggy Dickison of Sedona; niece, Frances Benigar (George) of Camp Verde; nephew, Danny Dickison (Shelly) of Clarkdale, and many more nieces and nephews and three stepdaughters.

At his request there will be no memorial service. Cremation will be followed by interment at Middle Verde Cemetery in the family plot. Please share your condolences at www.buelerfuneralhome.com.