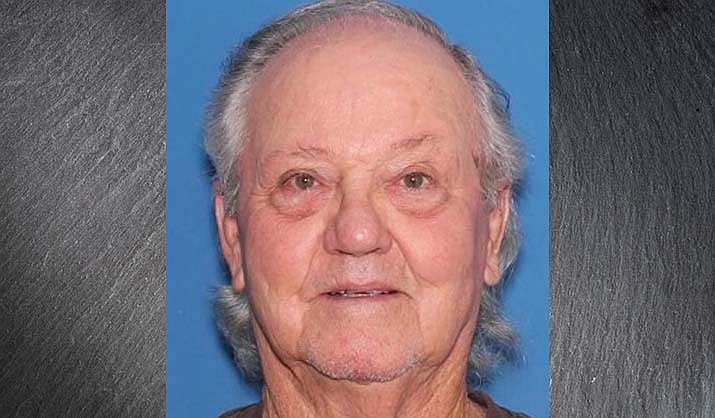 David Williams, 85, went missing Thursday, Aug. 19, 2021, near Sycamore Creek and the confluence of the Verde River. His car was found unattended near the trailhead at Sycamore Canyon Creek. (YCSO/Courtesy)

EDITOR'S NOTE: This story has been updated to reflect that search and rescue teams found the missing 85-year-old man.

SYCAMORE CANYON – The body of an 85-year-old man was recovered by police search and rescue teams downstream from a creek-crossing near Sycamore Creek on Monday, Aug. 23, according to police.

“Mr. William’s body was found today by YCSO Search and Rescue approximately 1/3 of a mile downstream from the creek crossing. It is believed Mr. Williams drowned while attempting to cross to get to a friend on the other side of the creek,” Yavapai County Sheriff’s Office spokesperson Kristin Greene said.

David Williams’ car was found unattended near the trailhead at Sycamore Canyon Creek, Greene said. Search and rescue teams were looking at Sycamore Creek to the confluence of the Verde River after Williams left his home to visit a friend Thursday, Aug. 19, police said.

“His phone was last ‘pinged’ on Thursday with no further contact since that time,” Greene said.

The Coconino National Forest Service closed Sycamore Canyon during the Rafael Fire, and never reopened the Parsons Trail and Dogie Trail into Sycamore Canyon due to concern that flash floods in the fire scar area could trap hikers.

A huge spike in the Verde River flow Thursday, Aug. 19, was attributed to runoff from the Rafael fire.

“It is believed he may have tried to cross the wash thinking the waters from the monsoon had begun to recede,” Greene said.

“The closure area for the Rafael Fire has been reduced to the main area of Sycamore Creek because of the flooding danger that exists since we are still in a heavy monsoon period,” Coconino Forest Service Public Affairs Officer Brady Smith said.

“The closure area consists of Sycamore Creek, extending one-quarter mile out from the centerline of both sides of the creek, terminating at the confluence of Sycamore Creek and Verde River,” Smith said.