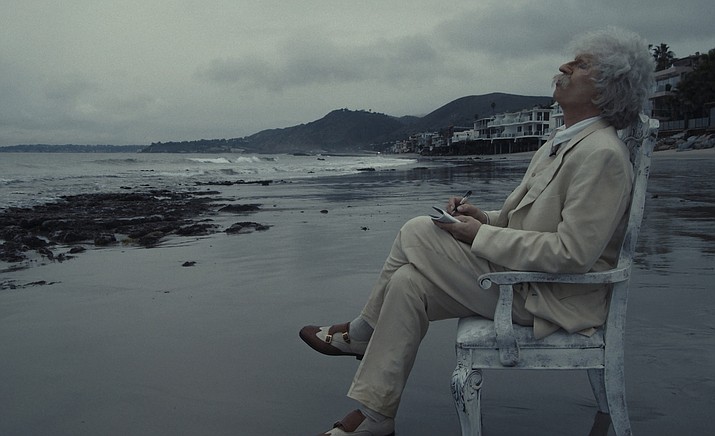 “Val” — a raw, wildly original and unflinching documentary about Val Kilmer — reveals a life lived to extremes and a heart-filled, sometimes hilarious look at what it means to be an artist and a complex man. (SIFF/Courtesy)

The Sedona International Film Festival presents the northern Arizona premiere of the award-winning documentary “Val” showing Aug. 27-Sept. 2 at the Mary D. Fisher Theatre, according to a news release.

For more than 40 years Val Kilmer — one of Hollywood’s most mercurial and/or misunderstood actors has been documenting his own life and craft through film and video.

He has amassed thousands of hours of footage, from 16mm home movies made with his brothers, to time spent in iconic roles for blockbuster movies like “Top Gun,” “The Doors,” “Tombstone,” and “Batman Forever.”

This raw, wildly original and unflinching documentary reveals a life lived to extremes and a heart-filled, sometimes hilarious look at what it means to be an artist and a complex man.

In this remarkable and intimate documentary, directors and editors Leo Scott and Ting Poo provide a view into Kilmer’s life through video footage Kilmer — born on the last day of the 1950s — shot beginning in his childhood in Chatsworth, California, and continued through his rise in film and theater.

In the often decades-old videos, Kilmer reflects on family, lifelong artistic endeavors, the death of his younger brother Wesley in 1977, and his drive to find truth in the illusion of performance.

As Kilmer captures behind-the-scenes moments during many of his biggest films, including casual moments with friends and costars, in private he wrestles with what acting truly means to him in revealing moments that help make Val a rare glimpse into an artist’s personality and passions.

Audiences and critics applauding the film and calling it achingly beautiful, incredibly moving and exquisite!