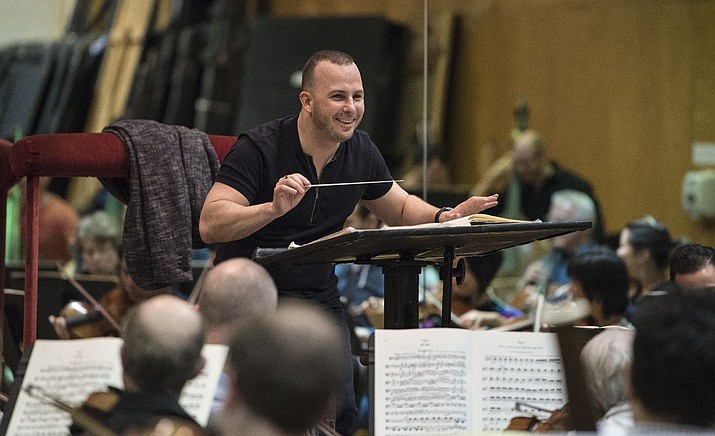 The Sedona International Film Festival presents the exclusive northern Arizona premiere of “Yannick: An Aritst’s Journey” on Saturday, Aug. 28, at the Mary D. Fisher Theatre. There will be one show at 1 p.m. that afternoon, according to a news release.

Following the maestro’s inspiring journey from ten-year-old budding conductor to the pinnacle of the opera world, the film captures the alchemy of the creative process and explores what it means to refine the soul of an artist.

The film also shows revealing behind-the-scenes footage of Nézet-Séguin in rehearsals, highlighting his musical homes in Montreal, Philadelphia, and New York. The cameras also follow his preparations of Verdi’s “La Traviata” during the Met’s 2018–19 season and is bookended by the final weeks of that season, with Nézet-Séguin preparing and leading Poulenc’s “Dialogues des Carmélites.”

“Yannick: An Artist’s Journey” will be shown at the Mary D. Fisher Theatre on Saturday, Aug. 28, at 1 p.m. Tickets are $12, or $9 for film festival members. For tickets and more information, please call 928-282-1177. Both the theatre and film festival office are located at 2030 W. State Route 89A, in west Sedona. For more information, visit: SedonaFilmFestival.org.