Update: Pedestrian dies after being hit by vehicle near Midgley Bridge in Sedona 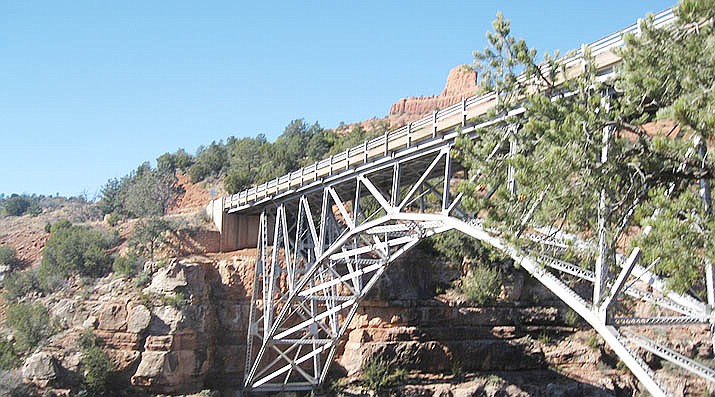 A pedestrian walking along State Route 89A near Midgley Bridge in Sedona died after being hit by a vehicle Wednesday, Aug. 25, 2021. (Independent file photo)

EDITOR'S NOTE: This story has been updated from a previous version.

SEDONA — A pedestrian walking along State Route 89A near Midgley Bridge in Sedona has died after being hit by a vehicle, according to a news release Wednesday afternoon.

At 5:25 a.m. Wednesday, Aug. 25, officers with the Sedona Police Department responded to a collision in the northbound lane of State Route 89A near Midgley Bridge.

“The collision involved a single-vehicle traveling northbound and a pedestrian on the roadway,” Sedona PD spokesperson Michael Dominguez said in a statement. “The pedestrian was pronounced deceased on the scene by the Sedona Fire Department.”

The driver of the vehicle, a 42-year-old Verde Valley resident, did stay on scene, Dominguez said, adding that the collision is still under investigation to determine contributing factors.

The collision led to the closure of State Route 89A for more than five hours.

No further information was available.