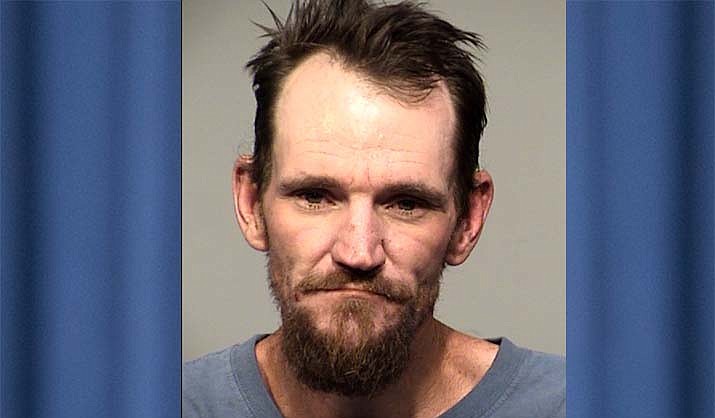 Robert Steven Warwood, 40, of Camp Verde, was arrested after a traffic stop revealed 50 blue-colored pills of fentanyl in his vehicle. He was also wanted to two outstanding warrants. (YCSO/Courtesy)

CAMP VERDE — A traffic stop of a 40-year-old Camp Verde resident with two active warrants turned into a drug bust involving fentanyl and drug paraphernalia, according to a news release Thursday.

A deputy with the Camp Verde Marshal’s Office made a traffic stop in the 2200 block of Sierra Verde Road at 10:41 p.m. on Wednesday, Aug. 24, of Robert Steven Warwood, who was wanted on two outstanding warrants.

Once the warrants were confirmed, Warwood, 40, was placed under arrest by the deputy.

He was booked into Yavapai County Jail.