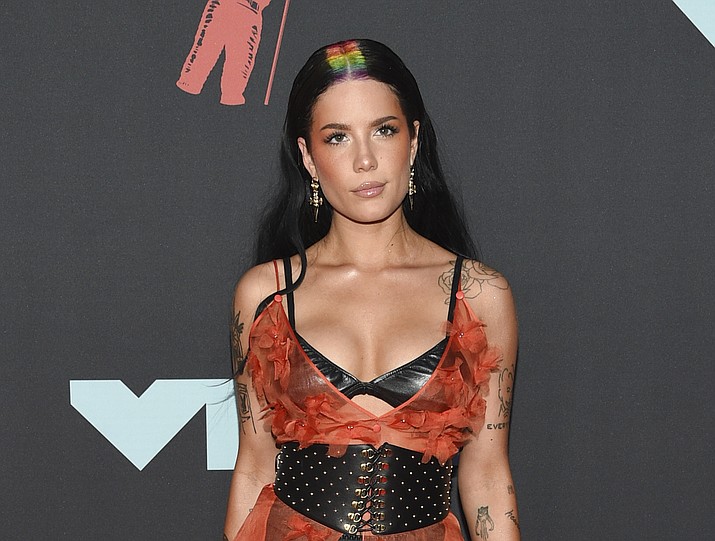 Halsey gave birth this summer and she supplied her own baby gift — a terrific new album in a new musical direction.

The 13-track “If I Can’t Have Love, I Want Power” sees Halsey teaming up with Trent Reznor and Atticus Ross of the rock band Nine Inch Nails and who are frequent movie soundtrack collaborators. It marks the most divergent sound in Halsey’s career.

The album captures the thrill and fear of impending motherhood, and, as always, an artist looking with unsentimental harshness at their weaknesses. Reznor and Ross have imbued the project with their special brand of ambient and post-industrial dread.

Highlights include the driving synthesizer-and-drum-led “I am not a Woman, I’m a god” — a very NIN sound — and the rocking “Honey” with Dave Grohl on drums. On “Lilith,” Halsey sounds fantastic half-rapping over a chunky bass line. She writes a lullaby for her baby on “Darling,” with Lindsey Buckingham on guitar, “I’ll kidnap all the stars and I will keep them in your eyes.”

There are interesting songs throughout, from the stripped down folktale-ish “The Tradition” and a punkish “Easier Than Lying” to the Gwen Stefani-like “You Asked For This” to the skittering drums and playfulness of “Girl Is a Gun” (with the lyric, “My newest baby’s testing me lately/Making me crazy from morning to evening”).

Speaking of lyrics, Halsey is at her best here, vulnerable one second and fierce and defiant the next. “You won’t even notice me depart/secondhand thread/in a secondhand bed/with a second man’s head,” she sings on “Bells in Santa Fe,” which has the vibe of The Weeknd.

Reznor and Ross have not lost Halsey in a flood of noises and synths but made them bow down as vehicles, with special touches here and there. When she sings “I am disruptive/I’ve been corrupted,” they’ve warped the sound of her pronouncing the last word, like a bad computer file.

This is the sound of ambition, an evolution of Halsey’s sound from the criminally underappreciated “Badlands” or the Romeo-and-Juliet concept album “Hopeless Fountain Kingdom” and 2020’s busy, single-driven breakup album “Manic.” It’s the sound of a mom who can have it all: love and power.