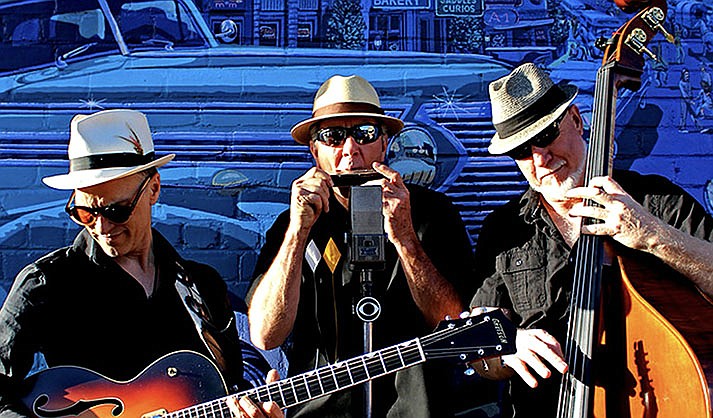 For those that love great live music and dancing like no one is looking, Sound Bites Grill in Sedona is offering two hot bands this weekend.

On Friday, Dec. 10, from 7 to 10 p.m., consummate performer and national touring artist Michael Johnson rocks the night away, accompanied by local musicians Patrick Ki on guitar, Adriel Zang-Perrault on percussion and Marcus Vann on bass.

Johnson is a Berklee educated musician and touring recording artist based in Las Vegas. He performed with many national symphonies and in pop and rock concerts, including shows with Cheap Trick and other others. He is also a composer and recording artist now completing his new album, “Exploring the Open.”

Zang-Perrault is a drummer, songwriter, producer, and singer based in Sedona. He graduated from NSAA in 2008 and has made music ever since.

This band is a power-house ensemble of seasoned professional musicians.

Their style is as diverse as Route 66 itself, and they bring a plethora of great music to every stage they grace.

Band leader Sammy McRae is top dog on harmonica playing a crazy stream of notes on the magic blow harp that awes.

Mike Shiner, the band’s bass bombardier and vocal powerhouse, is classically trained, breaking hearts and taking names with his seismic vocals and charm. Mike holds down the bottom and brings both swagger and academic polish to this dynamic trio.

Guitarist Larry Czarneck virtuoso guitar playing drives the trio’s infectious rhythm with precision and panache. Larry has cultivated a unique blend of bluesy licks and tricks thrilling crowds with his impressive playing and singing, along with his expressive stage capers.