Camp Verde Parade of Lights will light up the town 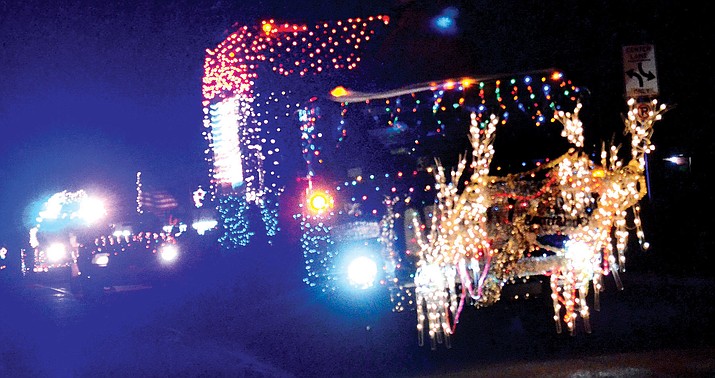 The Camp Verde Parade of Lights and Christmas Bazaar is planned for Saturday, Dec. 11, at 6 p.m.

Santa will be on the final float of the parade and then he will be giving out candy canes and pose for photographs inside the Community Center Gym following the parade. Floats will be decorated with lots of Christmas lights for the annual spectacle.

Beforehand, there will be a Christmas Bazaar inside the gym from 10 a.m. to 4 p.m.

Mike Marshall, Camp Verde’s Parks & Recreation manager, emphasizes that it’s free to enter a float in the annual event. The parade will go down Main Street starting at Ace Hardware and head to General Crook Trail, he said.

“We’re back to our normal parade,” Marshall said.

The streets will be shut down shortly before 6 p.m., but the route is long. People can come early or drive up side-streets to find a spot, he said.

“These annual free events are the perfect opportunity to find holiday gift ideas and decorations, enjoy an after-dark parade through downtown Camp Verde and celebrated the season,” said the recreation department.