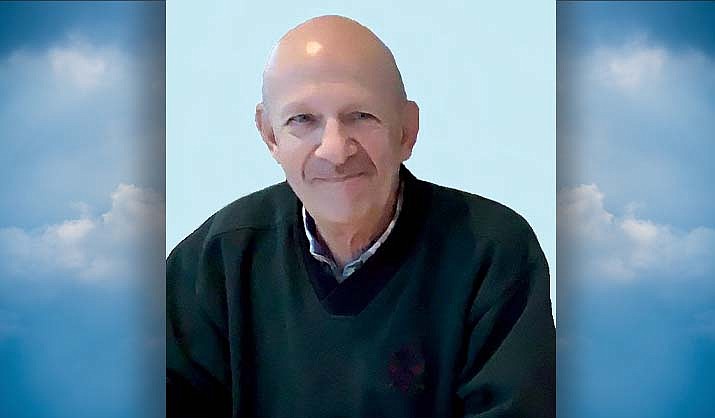 Jack was born in Braddock, Pennsylvania, March 19, 1946, by the late Albert and Anna Urick. He was the older of two children and is survived by his sister Marianne Drank of South Carolina.


He is missed dearly by his wife of 30 years, Ann Urick. Jack is also survived by his daughters, Denise Weber of Marietta, Pennsylvania, Diana Pedersen of Staten Island, New York and his step daughter Kariann Glynn of Westminster, Maryland.


He was the grandfather of Alyssa and Nick Weber, Connor and McKayla Pedersen, and Aidan, Logan and Liam Glynn.

Jack earned his Bachelor of Science in Chemistry at the University of Pittsburgh in 1971 and his MBA from Farleigh Dickinson University, 1983. He retired in 2000 as Vice President & General Manager for Rhone-Poulenc, North America.

He and Ann moved to Sedona in 2013, to enjoy the glorious Arizona sun, hiking and taking trips in their RV throughout the state. Jack was an avid golfer and enjoyed the camaraderie of his new partners on the golf course.


Jack and Ann took up bridge and made-some long-lasting friendships with their tournament and weekly game partners. Jack was a gifted negotiator in his professional life, a witty raconteur and found a whole new life spending time and vacations with his grandchildren. He and Ann gathered lasting memories from their travels in the US and abroad.

Jack had piercing green eyes, a magnetic smile and a logical, steady mind and loved to charm you with his anecdotes. He was a dedicated Seahawks fan and you know you could find him Sunday afternoons in the fall and winter watching pro football.


In lieu of flowers, please consider a donation in memory of Jack to the Verde Valley Archeological Society (https://www.verdevalleyarchaeology.org/) or the Sedona Red Rock Trail Fund (https://redrocktrailfund.org/).


An online guestbook is available to sign at www.westcottfuneralhome.com.

Information provided by the Funeral Home.