Review: Diana Ross gives us a dose of hope on ‘Thank You’ 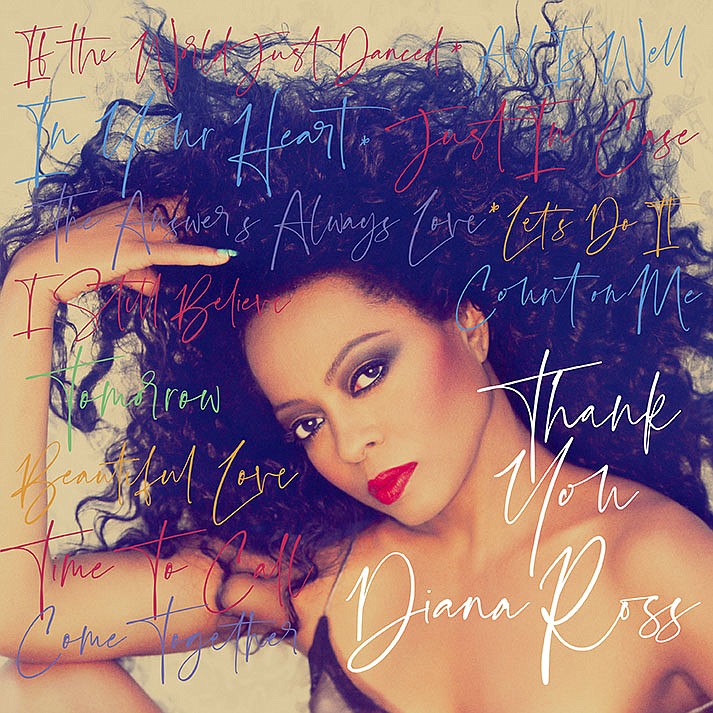 Diana Ross’ first album in 15 years cuts through our present cynicism and slices past the despair. “Thank You” is a warm hug of music, less a tightly constructed pop vehicle, than a mood.

“It never rains forever,” Ross sings in one song. On another: “Turn it up/And give love a chance.” On a third she asks: “What if we could find a way/To laugh, love and pray?”

“Thank You” is a twinkling, blissful and bubbly wave of optimism, like being invited to a champagne party on a puffy cloud. Our hostess is full of goodwill, her voice warm and welcoming. There’s no velvet rope. All are welcome. “No matter what the question/I know the answer/The answer’s always love,” she sing.

The 13-track album finds Ross at the intersection of ‘70s disco, ’80s electronica, ‘90s house and the production savvy of the 2020s. There are two speeds — twinkling ballads and bootie-shakers.

But don’t get the wrong idea about the up-tempo ones. There’s nothing raunchy here. The song “Let’s Do It” isn’t about bedding anyone: “Let’s do it,” she sings. “Let’s make life better together.”

With “In Your Heart,” Ross urges us to “reach out and just touch somebody” – a nod to her 1970 hit “Reach Out and Touch (Somebody’s Hand).” She revisits the opening lyrics of “The First Time Ever I Saw Your Face” for “Beautiful Love.”

“Thank You” is Ross’ first collection of original songs since 1999’s “Every Day Is a New Day.” Cynics might dismiss it as overly sentimental, but is that a serious crime? She wants to say thank you, but we should be the ones thanking her.