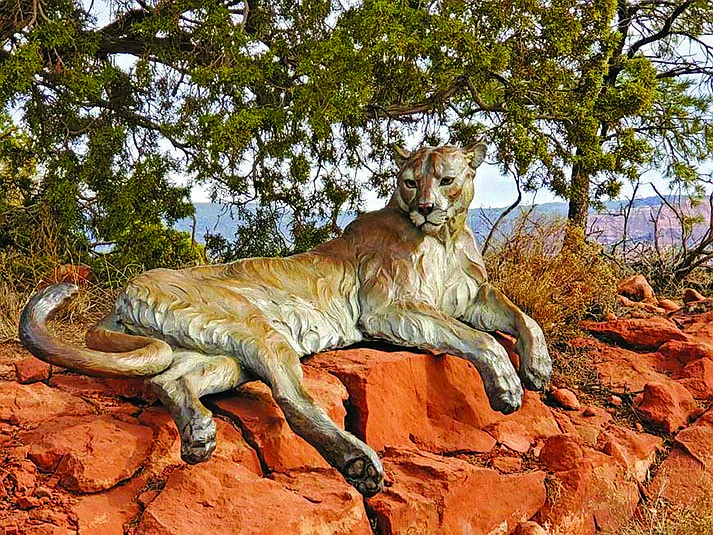 Earlier this year, Sedona bronze wildlife sculptor and gallery owner Ken Rowe was chosen as an Elected Sculptor Member of the National Sculpture Society, a 120-year-old New York-based nonprofit that promotes the knowledge of excellence in sculpture inspired by the natural world. Founded in 1893, NSS was the first organization of professional sculptors formed in the U.S. The prestigious Elected Sculptor Member designation allows artists to place NSS at the end of their name to signify the achievement as well as participate in significant exhibitions.

Ken says he hadn’t seriously considered applying for the membership because of its exclusivity, but this past spring, another Elected Sculptor Member encouraged him to do so. “I remember studying some of these member sculptors when I was in school, and I never imagined that it would be something I would go on to achieve,” says Ken. “To be part of the same society as some of your mentors and role models is truly one of the highest honors of my career.” 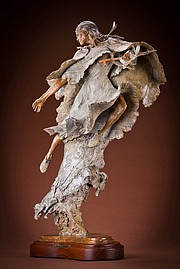 Ken also recently introduced five new sculptures. Desert Blossom features a petite pigmy owl, while Outstanding Mother: Grizzly 399 depicts one of Grand Teton National Park’s most famous residents, the 400-pound, 25-year-old Grizzly 399, and four of her cubs. Ken made a pilgrimage to Wyoming this summer, seeking to catch a glimpse of Grizzly 399. While the summer trip didn’t yield a siting, Ken plans to travel back to the bear’s habitat this month. Grizzly 399 has garnered a cult-like following with her own social media accounts and a book written by renowned photographer Thomas Mangelsen titled Grizzlies of Pilgrim Creek.

Ken has also released three framed bas-relief panels. Dust Devil features a bison looking to the right, while Thunder Mountain depicts a bison gazing to the left. They Came From the Mountains showcases a herd of running bison with the Grand Tetons behind them. Ken spent a good portion of 2021 exploring both bison and bas-relief techniques.

“These reliefs are super challenging and take three times longer than a normal sculpture because you’re trying to bring a 3-D quality to a shallow surface,” says Ken. “Edouard Lanteri, who, in the late 1800s, famously wrote the bibles on sculpting, referred to bas-relief as ‘humbling.’ I think that pretty much sums it up.”

Ken Rowe owns Rowe Fine Art Gallery, representing traditional and contemporary southwestern artists. His work figures prominently in the gallery, which is located under the bell tower in Patio de las Campanas at Tlaquepaque Arts & Shopping Village. The gallery is open Monday through Thursday, 10 a.m. to 5 p.m., and Friday through Sunday, 10 a.m. to 6 p.m. For more information, call 928-282-8877, visit rowegallery.com, or find us on Facebook, Instagram and Twitter.