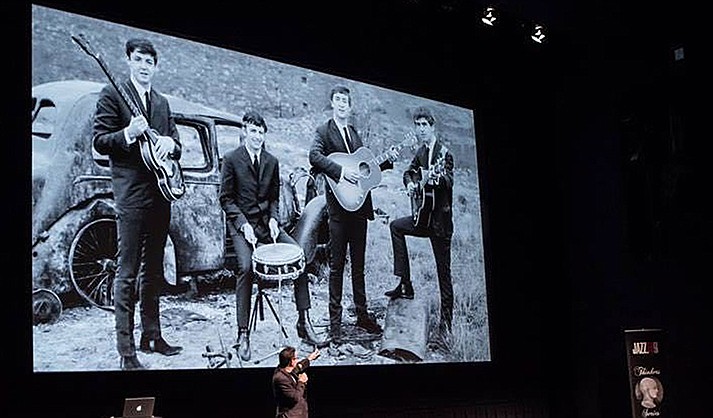 ‘Monday Movies on Main’ will feature the Cottonwood premiere of ‘Deconstructing The Beatles: Sgt. Pepper’s Lonely Hearts Club Band’ on Monday, Dec. 20, at 7 p.m. at Old Town Center for the Arts.

This is a must for any Beatles fan. The Beatles’ “Sgt. Pepper’s Lonely Hearts Club Band” is one of the most influential albums of our time. Rolling Stone described it as “the most important rock ‘n’ roll album ever made, an unsurpassed adventure in concept, sound, songwriting, cover art and studio technology by the greatest rock ‘n’ roll group of all time.”

In “Deconstructing The Beatles: Sgt. Pepper’s Lonely Hearts Club Band,” composer, musician, and Beatles expert Scott Freiman looks at Sgt. Pepper from multiple angles, exploring the history behind the music. Freiman conducts an educational journey into the creative process of The Beatles performances and recording sessions. You are guaranteed to leave amazed at The Beatles’ innovation in the studio and have a newfound appreciation for the talents of Lennon, McCartney, Harrison, and Starr.

Scott Freiman combines his love of The Beatles with his experience as a composer, producer and engineer to deliver unique educational lectures about the creative process of The Beatles. He moves past the personalities of the four Beatles to uncover the reasons why their music continues to be loved by millions.

Scott’s multimedia presentations transport his audiences into Abbey Road Studio with anecdotes about The Beatles’ recording sessions, allowing fans to experience the evolution of The Beatles’ groundbreaking albums and songs.

Tickets for “Deconstructing the Beatles” are $12 general admission, $9 for Film Festival members and $10 for students. Movie concessions will be available, including beer, wine, soft drinks, water, popcorn and a selection of movie candy.

For tickets and more information, please call 928-282-1177. Tickets can also be ordered in advance online at www.SedonaFilmFestival.org.