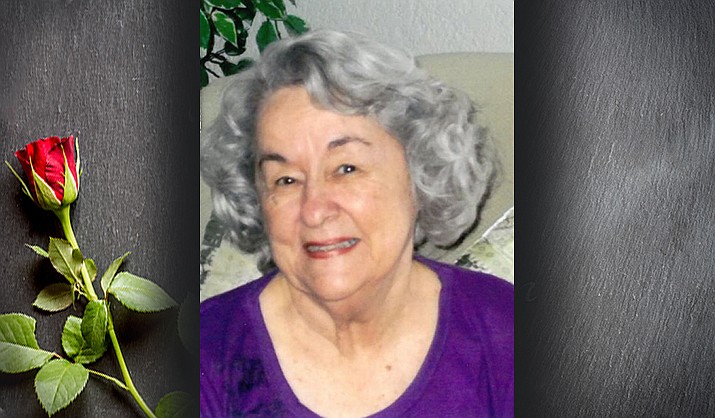 “Miss Marilyn” was gifted with an infectious smile and big dimples that earned her the nickname “Dolly Dimples.” As a young girl and into her late teens Marilyn graced stages in New York, New Jersey and Washington DC as a dancer. Specializing in tap and jazz, and often sharing the stage with her younger brother Avitus “Bud” Miller, she had a treasure trove of stories of her dancing days.

Marilyn married her forever sweetheart Eugene “Gene” Lucherini in January 1953 in Trenton, NJ. 1954 brought them a daughter Marilyn Ann, and 1956 Debra Jean. In November 1970 they welcomed a son, Mark William.


She remained in Trenton until 1977 when the family relocated to Phoenix, Arizona. In 2006 Marilyn moved to Cottonwood to be near her son.


Miss Marilyn will be remembered for many things…… her dancing stories and yodeling, applesauce cake and holiday dinners, a love for cheeseburgers and Vinnie’s Pizza, baseball, chocolate, Drumstick Ice Cream Cones and all animals. But most certainly she will be remembered for the warmth and graciousness to any and all that stepped into her home. Her home was your home. Whether you were there to visit as a friend, caregiver, or nurse she always had a bite to eat, bowl of candy or a drink to offer, even during the toughest of times.


Marilyn is preceded by her parents Martin and Marion Gladys, brothers William “Bill”, Martin “Bing”, and Avitus “Bud” and her little puppy partner Ginger. She will dance again in glory with her beloved, late husband of 51 years Gene where they will continue their great love story.

Dearest Mom, Nothing could have prepared me for the emptiness your continued journey has left in me. But I couldn’t have asked for a better gift than spending the last 15 years just a few feet away from you and your unwavering love for me even when the cracks started to show. Even as I became the caregiver you always were “Mom” and I am a better man for it. November 17, 1970 you gave me life and brought me into the world. 51 years later, almost to the day, you set me loose on the world. I will live every day in your honor Mom. So until we are together again in God’s glory…….God Bless you Mom, save room for a Drumstick and dance the night away with Dad. All My Thanks and Love for Eternity Your Son Mark


An online guestbook can be signed at www.westcottfuneralhome.com.