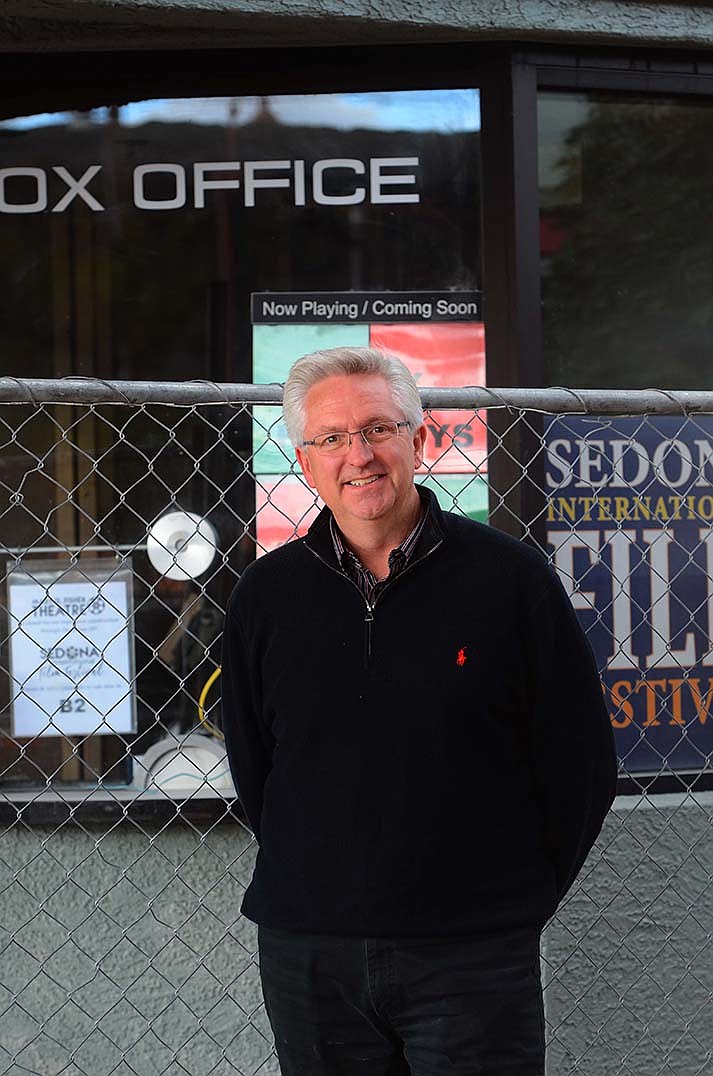 Patrick Schweiss, SIFF executive director, poses for a photo in front of the box office and construction site on Tuesday, Dec. 14, 2021. (Kudos/Vyto Starinskas)

The film festival is building a second screen and small theater adjacent to its current home at the Mary D. Fisher Theatre on State Route 89A in West Sedona.

The screen at the new Alice Gill-Sheldon Theatre won’t rise from the sawdust and two-by-fours until spring.

However, the 28th annual Sedona International Film Festival will return to the Mary D. Fisher Theatre during its original February timeframe as construction continues on the second theater, according to Patrick Schweiss SIFF executive director.

The Fisher itself will be open to patrons again starting Dec. 26.

The total budget for the new Alice Gill-Sheldon Theatre project was $2.25 million, which included a half-million-dollar maintenance fund, Schweiss said.

“We’re very fortunate to have a million-dollar anonymous donor that believed in our future,” Schweiss said. The donations started the dreaming process of a second screen. 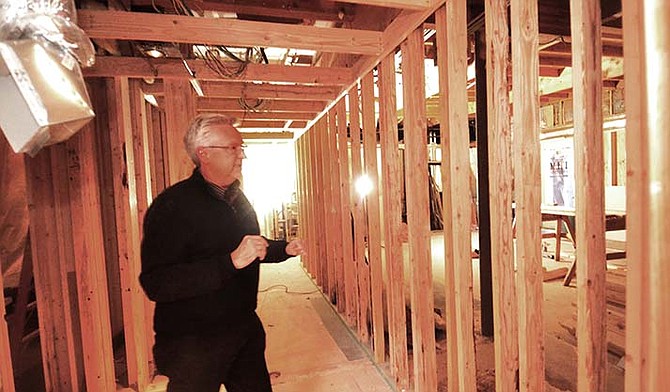 But SIFF didn’t always have its own theater and screen, explained Schweiss, who has been director of the 28-year-old festival for 17 years.

In 2012, they raised the funds to open the Fisher Theatre. Before that, they showed movies at other theaters in town such as the Sedona Performing Arts Center at Sedona Red Rock High School and at Harkins Theatres Sedona 6.

Having its own theater allowed the SIFF to show year-around films. “At four o’clock, seven o’clock every day there is a film here, other than when we are closed for construction,” Schweiss said.

SIFF will be able to show a movie on the Mary D. Fisher screen and a musical or dance production on the Alice Gill-Sheldon screen at the same time, he said, offering patrons a choice.

“We don’t bring the same movies that Harkins brings,” Schweiss pointed out.

SIFF is special event cinema, operas, ballets, National Theater and Shakespeare productions on screen. “We are so much more than a regular theater,” he said

“Our donors and members love what we are doing,” he said. The only way to expand is to add a second screen.

Alice and Alan Shelden made a generous donation to get the naming rights to the new theater, Schweiss said.

The fund means that the SIFF will be able to have that fund set aside and live on the interest of it.

Mary Fischer will be fully operational for the film festival in February with the new concession stand, which arrives in January, he said.

They met with theater consultants to come up with what they could fit in their footprint of their leased property, and they came up with a “beautiful 46-seat theater,” Schweiss said.

The Fischer was 112 seats but will now be reduced to 99 seats because they added a hallway.

At the same time they decided to do a complete renovation of the concession stand to offer all kinds of concession products, which will include popcorn, wine and beer.

COVID-driven adjustments moved the 27th annual festival to this past June and included a virtual option, which will not be offered during the 2022 event.

“We will still be cautious for the safety of our patrons, staff and volunteers,” Schweiss said about the four theaters where 150 films will be screened.

He said the festival will put “people back in the theaters seeing films the way they should, on screen.”