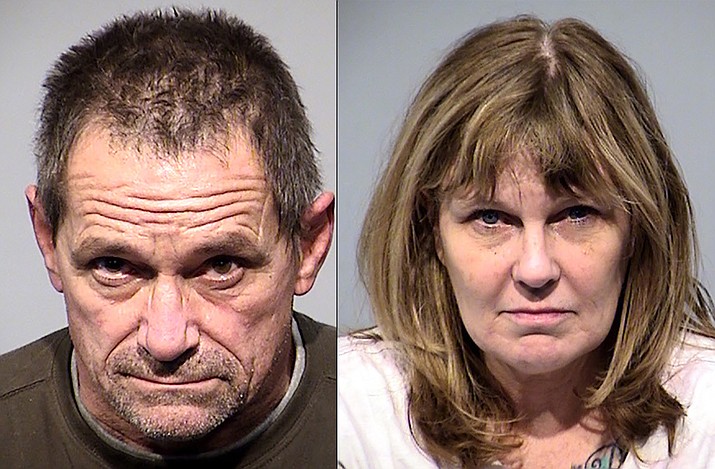 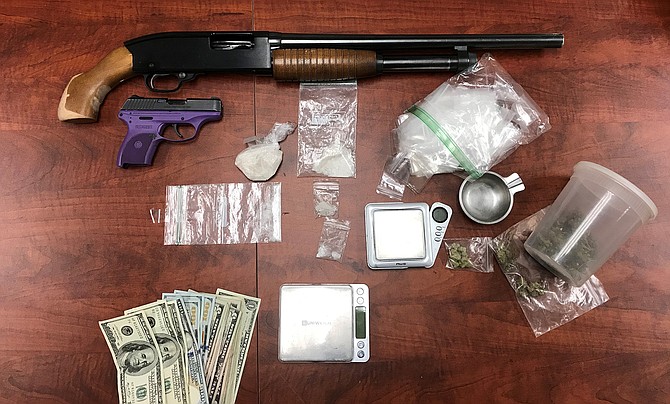 In addition to 45 grams of methamphetamine, Partners Against Narcotics Trafficking officers also confiscated a modified Winchester 12-gauge shotgun was located and seized by detectives. The length of the shotgun barrel had been illegally altered to less than 18 inches. Courtesy YCSO

COTTONWOOD — A man and a woman were arrested on felony drug charges after law enforcement served a search warrant and allegedly found about 45 grams of methamphetamine in a Cottonwood home.

The Partners Against Narcotics Trafficking, through the Yavapai County Sheriff’s Office, announced Monday that Dean Cotton, 58, and Heather Collins, 57, were booked into the Camp Verde Detention Center on Jan. 13. They were both charged with possession of a controlled substance for sale, possession of drug paraphernalia and weapons offenses.

YCSO said its news release was delayed due to ongoing follow-up by detectives.

On the morning of Jan. 13, according to the release, PANT detectives established probable cause to apply for, and were granted, a search warrant for a home in the 1000 block of South Fifth Street in Cottonwood. Detectives said drug sales were being investigated.

Pending approval of the warrant, Cotton and Collins left the home in a white F250 pickup truck, which was stopped by the Cottonwood Police Department, the release said. Both suspects were detained, and the search warrant was served at the residence.

Inside the kitchen, detectives found methamphetamine in a drawer, weighing more than 28 grams, YCSO said. Also, more than 16.5 grams were found packaged in plastic baggies in quantities routinely seen in drug sales.

There were also 250 individual ‘bindle’ baggies, along with paraphernalia generally used to package drugs for sale, found in the home, YCSO said.

In a cabinet, detectives found a scale, several more grams of meth, and marijuana. A total of 45 grams of meth was seized.

In the master bedroom, the release states, a modified Winchester 12-gauge shotgun was located and seized by detectives. The length of the shotgun barrel had been illegally altered to less than 18 inches, thus classifying it as a “prohibited weapon” in violation of Arizona law.

Detectives also seized a black Ruger LC380 handgun with a loaded magazine. In total, more than 300 rounds of .380 ammunition were found in the home

Cotton and Collins have each been released on bonds of $15,000.