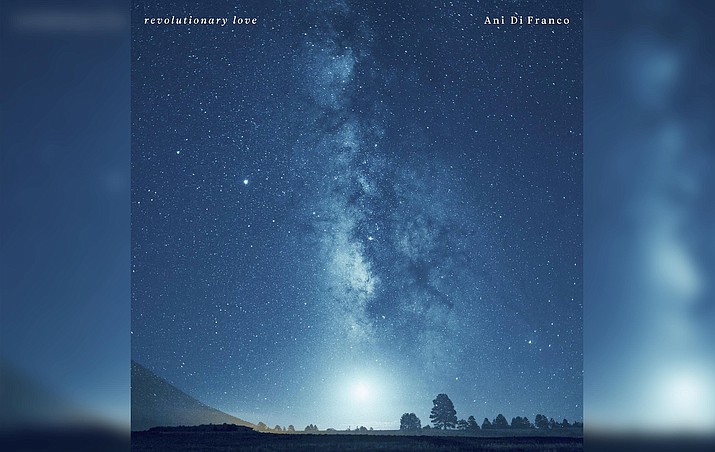 Pioneering folkie activist Ani Di Franco is a standout instrumentalist whose guitar could kill fascists. Alas, on “Revolutionary Love,” her six-string doesn’t play a major role — or many notes.

Not that Di Franco has gone mellow. With characteristic passion on her first studio album since 2017, she makes the personal universal, and the political personal.

Her title cut is a seven-minute pledge to propel social movements with love and forgiveness, the message underscored by a slow-burn soul groove. Elsewhere Di Franco quotes Michelle Obama, skewers an ex-president and calls for resilience in the wake of depressing news headlines.

Such topics are mixed with couplets about personal pain and bliss, sometimes within the same song.

The best of “Revolutionary Love” is very good. Di Franco’s acoustic guitar is most prominent on “Metropolis,” and it’s beautiful — a love ballad with shimmering reeds that evoke her description of “fog lifting off the bay.”

The equally compelling “Chloroform” laments domestic dysfunction as a string quartet creates dissonance of its own.

Elsewhere Di Franco blends elements of folk, jazz and R&B, and makes music suitable for a rally. She’s at her most politically vociferous on “Do or Die,” singing about “Yankee Doodle Dandy” to a Latin beat.