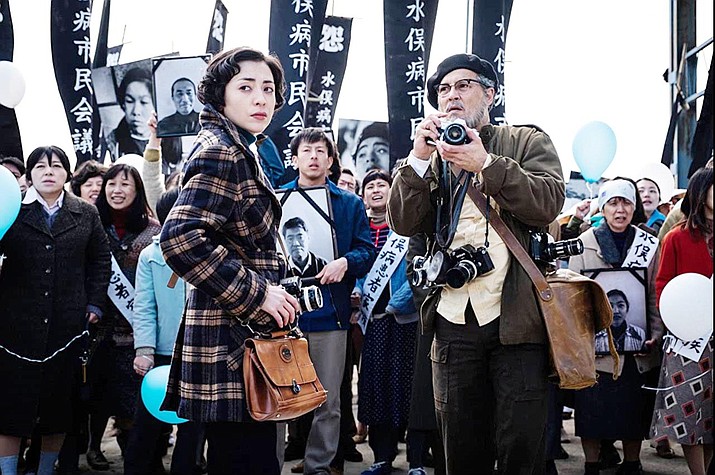 Minamata is based on the book of the same name by Aileen Mioko Smith and Eugene Smith. The film stars Johnny Depp as Smith, an American photographer who documented the effects of mercury poisoning on the citizens of Minamata, Kumamoto, Japan.

Rated R for language throughout.

A couple fights to hold its relationship together as a memory loss virus spreads and threatens to erase the history of their love and courtship.

Little Fish was scheduled to have its world premiere at the Tribeca Film Festival on April 17, 2020, but the festival was postponed due to the COVID-19 pandemic.

Nina and Madeleine, two retired women, are secretly deeply in love for decades.

From everybody’s point of view, including Madeleine’s family, they are simply neighbors living on the top floor of their building.

A modern musical version of the classic fairy tale “Cinderella” as a poor, ambitious orphan gets her wish granted to meet a prince.