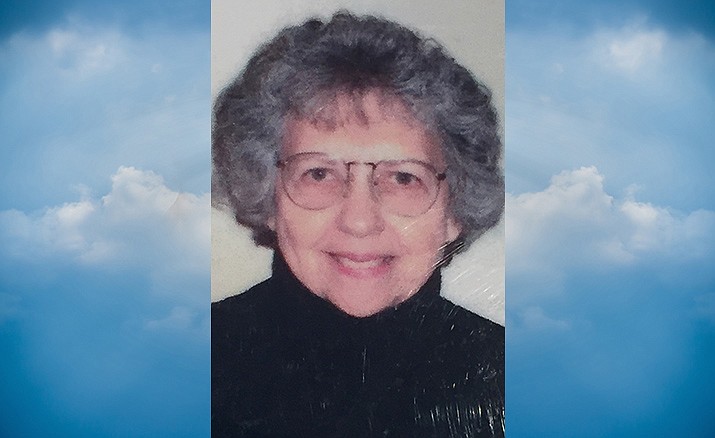 Pat Fabritz Haettenschwiller of Tonto Basin Arizona, went to be with the Lord on 1/10/2021.

She graduated from Ottumwa Heights Academy and Ottumwa College, a Catholic girls School, with honors.

She married Paul E. Fabritz in 1949 and moved to Arizona in 1954. She started Fabritz Welcoming Service in 1968 in Flagstaff and about 1970 also created and hosted her own Thrifty Kitchen cooking TV show on Flagstaff’s new Channel 2.

From 1972-1975, she served as Coconino County Recorder in Flagstaff. From 1975-1979 she served as Assistant Secretary of State under Wesley Bolin in Phoenix. In 1975 Pat was also a member of the Indian Affairs Commission and in 1981 she was a member of the Contractors Recovery Fund Board under then Governor Bruce Babbitt.

Her husband, Paul Fabritz, passed away in 2002 and then she married Dunston Haettenschwiller in 2003. Pat was a member of the Catholic Church and attended Immaculate Conception Catholic Church in Cottonwood.

There are no services scheduled.