VOC residents Rae and Ron Steinke look back at 40-plus years of love, happiness 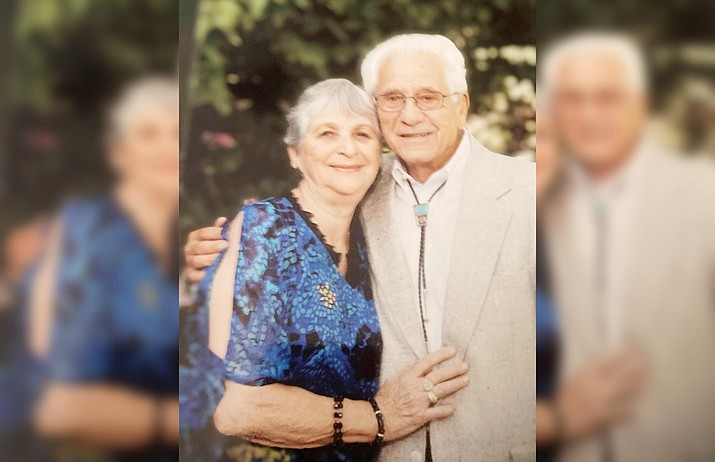 In June, Rae and Ron Steinke will celebrate 40 years of marriage. The Village of Oak Creek couple met in the days before the Internet, through their local newspaper’s personal ads. Courtesy photo

Before folks used the Internet to meet their true love, there were the singles ads – known back then as the personals.

“I was having lunch with my best friend one day and told her that I noticed that she was dating a lot more than I was – and wondered why,” Rae Steinke recalled recently. “She said that she was answering ads from the Singles Register, a publication of personal ads in Orange County, California and meeting some nice guys.”

Steinke’s friend said she could get another copy of the publication the following week – and gave Steinke her copy.

“I started reading the ads and came across one that sounded intriguing,” she said. “His ad said that he was the same age as me, was a community college administrator, liked cozy fireplace time, good dinners, long walks on the beach, theater, the arts and music performances … wow, I thought this was too good to be true.”

Steinke wrote Ron, who then called her six weeks later.

Rae and Ron made plans to meet over lunch the following weekend.

“We talked for hours,” she said. “To make a long story short, after seeing each other for about a year, we decided to get married.”

“He is the man of my dreams and we continue to love each other very much,” she said. “I am so very grateful to my best friend for giving me that Singles Register.”

It’s interesting how life works. Rae’s friend had actually talked with Ron before Rae had met him.

“A funny side story is that my best friend called to tell me that she had talked to a really nice guy and told me a little about him,” Steinke said. “I asked if he had four daughters and she wanted to know how I knew that. Then I had to tell her that I had talked with him also. When I asked my husband about his talking to my best friend, he could not remember that phone conversation. But she also became one of his dearest friends.”

With four decades together, Steinke said recently that the secret to a happy marriage is to not take each other for granted.

“Tell them each day that you love them,” Steinke said. “Give hugs, as many as you can. Thank each other doing the little things. You just have to appreciate each other because you don’t know what tomorrow will bring.”

Rae and Ron Steinke are both 86 years of age. Actually, Rae said they’re 86 years young. With their children and grandchildren in other states, Rae said that she and Ron look forward to continued health and being able to travel to see the family.

“Our eight daughters are doing well,” she said. “Lots of weddings and a bunch of grandchildren, even great grandchildren.”