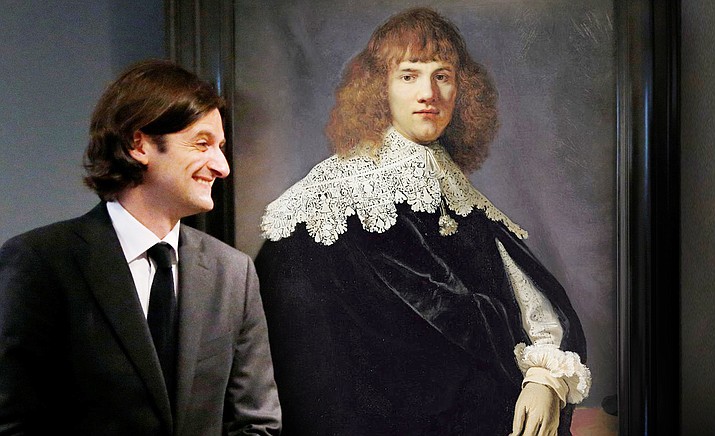 Sedona International Film Festival continues its Art on Screen series with “My Rembrandt,” Tuesday, Feb. 16, at 4 and 7 p.m. at the festival’s Mary D. Fisher Theatre.

Sedona International Film Festival continues its Art on Screen series with “My Rembrandt.” The event will show in Sedona on Tuesday, Feb. 16, at 4 and 7 p.m. at the festival’s Mary D. Fisher Theatre.

Rembrandt, the grandmaster of intimacy, rocks the art world; 350 years after his death, many people, even entire nations are obsessed with his paintings. Aristocrats cherish, experts rule, art dealers investigate, collectors hunt, and museums battle.

The epic documentary “My Rembrandt” dives deep into the art world of Old Masters, exploring the motives of its elite.

“My Rembrandt” is set in the world of the Old Masters and offers a mosaic of gripping stories in which unrestrained passion for Rembrandt’s paintings leads to dramatic developments and unexpected plot turns.

While art collectors such as Eijk and Rose-Marie De Mol van Otterloo, the American Thomas Kaplan and the Scottish Duke of Buccleuch show us their special connection with ‘their’ Rembrandt, French baron Eric de Rothschild puts two Rembrandts up for sale, triggering a hard political battle between the Rijksmuseum and the Louvre.

The film also follows aristocratic Dutch art dealer Jan Six as he seems to be on the trail of not just one but two ‘new’ Rembrandt paintings. This nerve-wracking journey of discovery seems to be the realization of his biggest boyhood dream. But when he is accused of having violated an agreement with another art dealer, his world looks about to collapse.

“My Rembrandt” allows us a fascinating insight into what makes the work of this Dutch master painter so special and why his work touches so deeply.

The Art on Screen Series is generously sponsored by Goldenstein Gallery.

Tickets are available in advance at the Sedona International Film Festival office or by calling 928-282-1177 or online at www.SedonaFilmFestival.org.