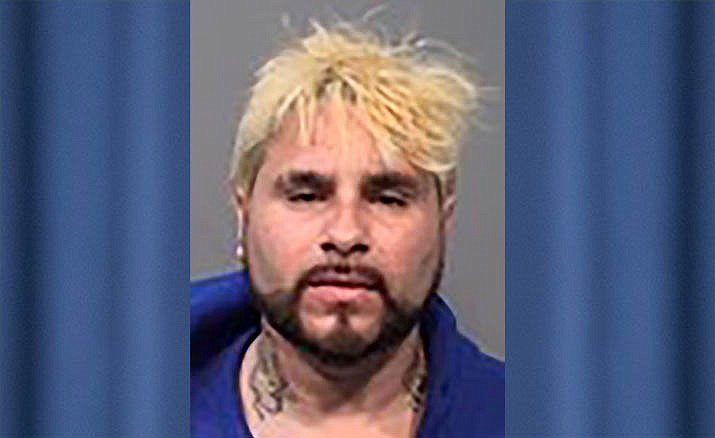 COTTONWOOD — According to a Tuesday morning news release from the Cottonwood Police Department, tips from the Yavapai County Silent Witness program led to an arrest of a wanted man.

Over the past several days, the department had been receiving information from citizens in the community regarding the whereabouts of one of the Yavapai Silent Witness “Catch 22” suspects, Roberto Alejandro Tirado.

His location was said to be 1737 Sawmill Road in Cottonwood, the release said. Investigators began conducting surveillance on the home in an attempt to confirm Tirado was there.

Once confirmed, investigators completed a search warrant at the home in an attempt to apprehend Tirado. Tuesday, Cottonwood officers, along with the Verde Valley SWAT Team, went to the home to serve the warrant.

A negotiations team made several attempts to get Tirado to comply with the officers and exit his residence. He refused all of the requests.

After more than an hour of failed negotiation attempts, a police K-9 was deployed to assist in the apprehension. With the K-9’s assistance, SWAT Officers were able to make the arrest.

Tirado was treated on scene for minor injuries and was later transported to the Yavapai County Detention Center in Camp Verde for holding.

During a search of the residence, police investigators located several swords. This created additional felony charges due to Tirado being a prohibited possessor.

Tirado, 30, was booked on a nationwide extraditable probation violation warrant that stemmed from convictions for disorderly conduct with a weapon and child abuse per domestic. Those charges originated from the Prescott Valley area.