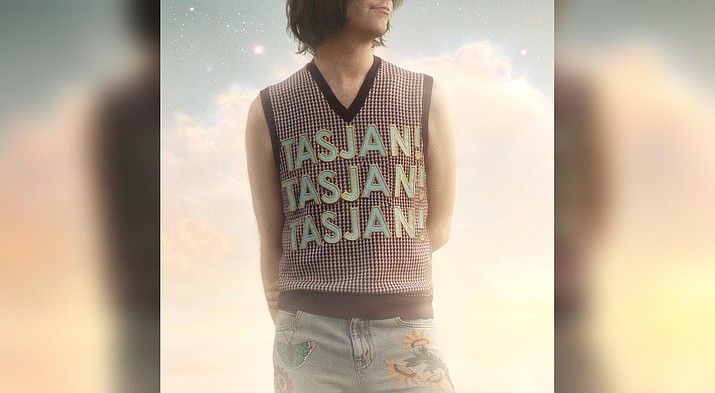 Aaron Lee Tasjan is a one-man music encyclopedia who can enthrall audiences with a New York Dolls cover or 10-minute talking blues.

Aaron Lee Tasjan is a one-man music encyclopedia who can enthrall audiences with a New York Dolls cover or 10-minute talking blues.

The former glam band guitarist recently could be heard on Outlaw Country radio extolling the virtues of obscure acts in Nashville, where he now lives. So where does the needle drop on his new album? In his sweet spot. Tasjan’s previous albums seemed like explorations that didn’t quite find a destination, and “Tasjan! Tasjan! Tasjan!” is his best yet, a delight from start to finish.

The 11 shimmering songs are built on layered vocals, catchy grooves, synth washes and a range of smart guitar work, from fingerpicked acoustic to psychedelic solos on electric.

Echoes across the decades, from the Beatles to the Raspberries to ELO to Elliott Smith, frame Tasjan’s sanguine assessments of 2021’s uncertainties and anxieties.

He pines for a dream girl on “Sunday Women,” bridges gender on “Feminine Walk” and offers life counsel on “Don’t Overthink It,” all with charming humor and candor.

Tasjan has made the gem his fans knew he had in him, and the album title rings true: Exclamation points are warranted.