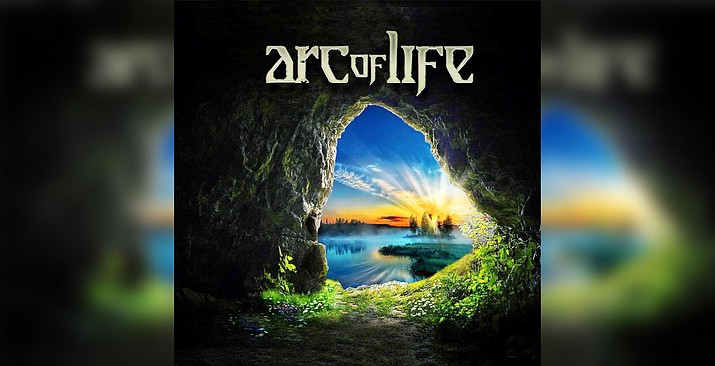 Dave Kerzner (ex-Sound of Contact) on keyboards and Jimmy Haun on guitars. are also in this new supergroup.

The concept behind Arc Of Life is, in keeping with the progressive rock philosophy, to craft creative, challenging, and ear-pleasing music that pushes boundaries.

Sherwood describes the music as, “interesting, with well-crafted songs, performed with precision and grace. All songs feature memorable melodies and lyrics that take the listener on a sonic adventure. Dynamic arrangements with peaks and valleys ... it’s all there.”

The other idea behind the band is that Yes would be a clear point of influence.

But while Yes is clearly the main point of comparison, a lot of musical similarities can be drawn to describe Arc Of Life’s grandiose and epic approach to music.

Tracks include: Life Has A Way, Talking With Siri, You Make It Real, Until Further Notice, The Magic Of It All, Just In Sight, I Want To Know You Better, Locked Down, Therefore We Are, The End Game.

Florida Georgia Line is a country music duo. The band’s 2012 debut single “Cruise” broke two major sales records: it was downloaded over seven million times, making it the first country song ever to receive the Diamond certification, and it became the best-selling digital country song of all time, with 24 weeks at number one, until it was surpassed in July 2017 by Sam Hunt’s “Body Like a Back Road.”

Florida Georgia Line was founded in 2010 by vocalists Tyler Hubbard and Brian Kelley.

Tracks include: Always Gonna Love You, I Love My Country, Hard To Get To Heaven, Second Guessing (From Songland).

Joel Hoekstra, best known to legions of rock fans as the current guitarist for Whitesnake and Trans-Siberian Orchestra (and also known for his work with Night Ranger and the Broadway show Rock of Ages), returns with his sophomore album, “Running Games” from his electrifying solo project, Joel Hoekstra’s 13.

Hoekstra once again handles the bulk of the creative process, overseeing production, songwriting and arranging (music and lyrics), and crafting his vision for this powerful hard rock record.

As with the debut, “Running Games” features an all-star cast of musicians including none other than Russell Allen (vocals), Tony Franklin (bass), Vinny Appice (drums), and Derek Sherinian (keyboards).

Tracks include: Finish Line, I’m Gonna Lose It, Hard to Say Goodbye, How Do You, Heart Attack, Fantasy, Lonely Days, Reach the Sky, Cried Enough for You, Take What’s Mine, Running Games, Lay Down Your Love.