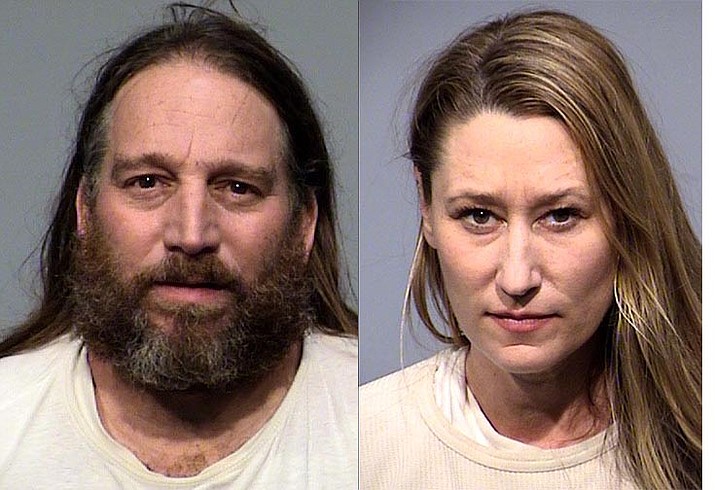 On Feb. 2, Partners Against Narcotics Trafficking detectives arrested Camp Verde resident Adam Dearmon, 49, on multiple drug offenses after $30,000 worth of mescaline, a psychedelic drug found in peyote, was discovered inside his home.

According to the news release, the arrest followed a multi-agency investigation involving PANT, YCSO and the Camp Verde Marshal’s Office. The investigation revealed Dearmon was running a large-scale illegal drug business out of his home located in the 400 block of West Angus Drive in Camp Verde.

Yavapai County Sheriff’s Office reported that Dearmon’s operation included having packages of mescaline shipped from Peru to his home.

“There were many other substances found inside the residence and detectives are working on identifying those substances,” the news release stated. “Investigators learned the suspect may have started a Native American Church to justify selling psychedelic drugs.”

Yavapai County Sheriff David Rhodes stated that individuals “exploiting sacred Native American rituals to illegally sell massive amounts of psychedelics and other drugs in our community will be held accountable.”

“I’m proud that we could partner with multiple agencies to help arrest Dearmon and keep our community safe,” Rhodes said.

Also, 48-year-old Tiffany Michelle Smith faces similar charges for being involved in the operation. YCSO stated that Smith lives with Dearmon. Both Dearmon and Smith were released on Feb. 3 on a $10,000 bond.