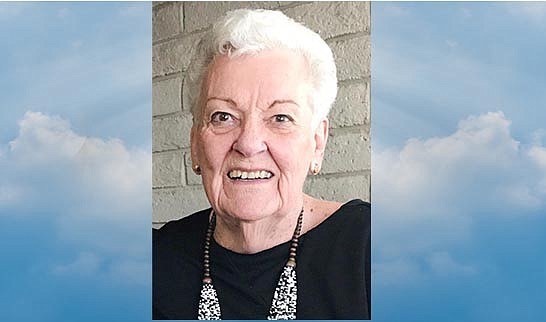 Beverly grew up in upper Sedona spending most of her youth in a stone house her father built in 1940. She attended schools in Sedona, and then Flagstaff High School, graduating in 1953. She was a gifted athlete and played softball, volleyball, and track during her years in school earning a varsity letter in high school.

Beverly was a gifted pianist and vocalist having studied music all her life. She was in demand singing and playing piano at weddings and funerals up and down Verde Valley. She spent many years as a church chorister bringing the gift of music to countless people in and out of her church. One of her favorite events was the annual Easter Sunrise Services held throughout the Verde Valley. Family and friends were everything to her, and reunions were some of her favorite events.

She also loved her far flung family members and their visits brought her great satisfaction. Her love of family also drove her to research her roots spending many years in her genealogy work.

She successfully traced her family line back over four hundred years. She loved to tell her grandchildren stories of her family and growing up in Sedona: learning to swim in Oak Creek, picking fruit at the Jordan’s, and visiting the old family cabin in the Arizona mountains. She always tried to instill a love for and connection with her ancestors.

Beverly married Norman E. (Gene) Miller in 1953 and they lived in northern Arizona until settling in Clarkdale in 1961. They would have five children, four sons, two of which did not survive infancy, and a daughter. She would live in Clarkdale until 1973, moving to Mesa following their divorce.

There she met and married S. Glenn Payne. She and Glenn would have several adventures including owning and operating a Feed and Seed store in Glenn’s hometown of Lone Oak, Texas.

When Glenn passed away in 2000 she moved to southern Arizona, settling in Pearce where she spent her remaining years. Beverly was a lifelong and active member of the Church of Jesus Christ of Latter-day Saints.

She is survived by her son, Michael Miller and his wife, Diane; her son, Mark Miller, and her daughter Michelle Summers; 9 grandchildren and 12 great-grandchildren.