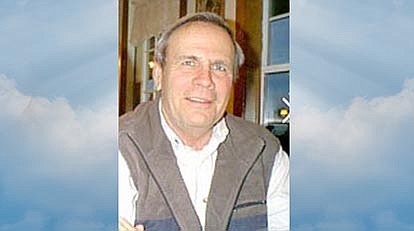 Charles A. Rennie Jr. (Chuck), age 76 of Clarkdale, Arizona passed away at his sister’s home on Saturday, February 6th, 2021, while surrounded by family and his special pug dog, Herachio.

Chuck was born at Reno Army Air Base in Nevada on January 15, 1945 to parents, Charles Rennie Sr. and Patricia Burke.

He grew up near extended family in the San Bernardino, California area and moved to the Verde Valley with his family in 1959, where he attended school in Clarkdale and Jerome.

During that time Chuck worked as a groundskeeper at the Peck’s Lake Golf Course and later became a Milkman for Carnation Dairy.

He married his high school sweetheart, Shirley Hubbs in 1963 and started working as an Electrician for Phoenix Cement in 1964 and retired as Production Manager there in 2005.

Chuck loved to travel in his RV where he was especially fond of visiting lighthouses. He had many fond memories of road trips with his parents and later his sisters. While at home he enjoyed tinkering with his electronics and ham radios.

He is survived by children, Kelly of Cottonwood and Chuck III of Prescott; sisters, LaDean (Gregg) St. Clair and Michelle (Mike) Morrison of Clarkdale, and brother Maury (Maxine) of Illinois. He also has two grandchildren and three great grandchildren, as well as numerous nieces and nephews.

He is preceded in death by his wife, Shirley; parents, Charles Sr. and Patricia Rennie and one grandchild. Graveside Services will be held outside (COVID-19 friendly) at the All Souls Catholic Cemetery on Thursday, February 18th at 11:00 am. An online guestbook is available to sign at www.westcottfuneralhome.com.