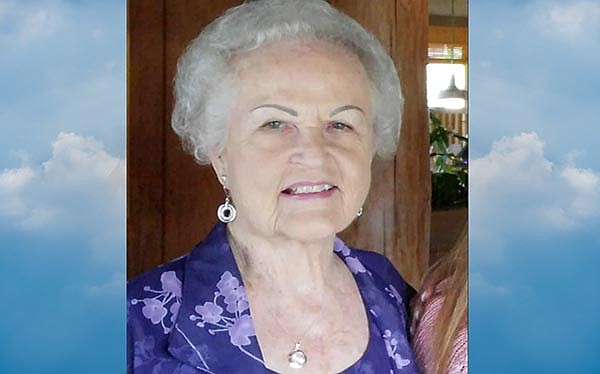 Rose Marie “Susie” Belmont passed away peacefully on February 1, 2021; she was 89 years old. Susie was born in Elma, IA to Elmer and Rosabell Larsen on January 2, 1932, the youngest of 11 children.

She grew up on a farm in Riceville, IA raised by her sister, Arlene and husband Clyde Bonnette. Susie lost her parents early in life, her last when she was only eight years old.

In 1956, she met Frank Belmont who had already served 7 years in the Marine Corp and was recently returning from the Korean War. They were married in 1957 in Phoenix, AZ then made their way to San Diego, CA where Frank was stationed at the Marine Corp Recruitment Depot.

Their first son, Steve, was born in 1958 and subsequently had four other children: Jim, Dan, Laurie and Tim. Susie raised her children while Frank was on several deployments including the Vietnam war. They moved 22 times in 14 years over this time. Eventually settling in Vista, CA, where they lived for 41 years in the same home.

In recent years, Susie and Frank moved to Camp Verde, AZ in 2018 where Susie is survived by her husband, Frank; five children; 10 grandchildren, and six great grandchildren.

Susie was a loving mother who was always involved in the kid’s ongoing activities. She was there at every band event, baseball game, football game, church activity, and kid’s camp. She selflessly volunteered at every turn. No matter if she was simply having her hair done at the salon or her continual involvement in the Christian woman’s club over many years, her influence was positive on all she crossed paths with on her journey through life. She was the bond that continually kept in contact with relatives and stressed the importance of family.

She was a loving spouse to Frank being married for almost 64 years. The family requests not to send flowers but rather make donations to the Parkside Community Church or Bread of Life food bank in Camp Verde, AZ.