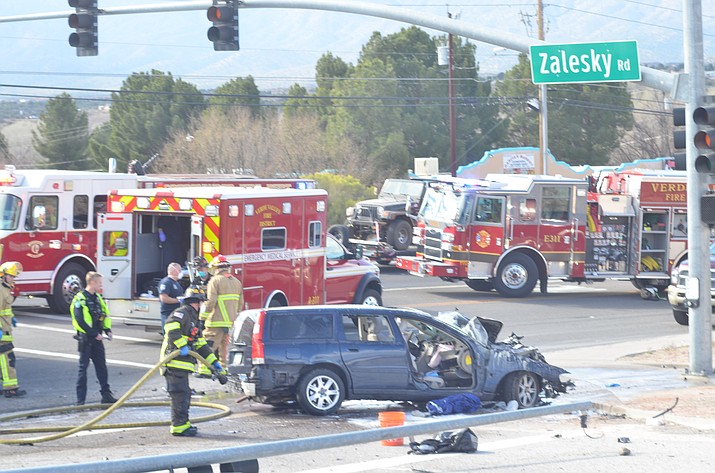 State Route 89a was closed at Zalesky Road in Bridgeport for a vehicle accident on Friday morning. VVN/Vyto Starinskas

COTTONWOOD - Two people were flown to a Flagstaff hospital for treatment of injuries after an accident that closed State Route 89A in Bridgeport at about 11 a.m. Friday, according to the Department of Public Safety.

The medical helicopters landed on State Route 89A about 200 yards north of the accident scene to pick up the injured victims.

“One vehicle burst into flames,” explained DPS spokesman Bart Graves. “Firefighters were pulling a person out of one of the vehicles.”

A long metal light-pole, which came down in the accident, lay across the entrance to the parking lot.

A large number of bystanders were helping at the scene near the dirt parking lot used by food trucks and an RV park across from Zalesky Road.

The highway was closed in both directions for more than an hour.

Graves did not have any more about the condition of the motorists. 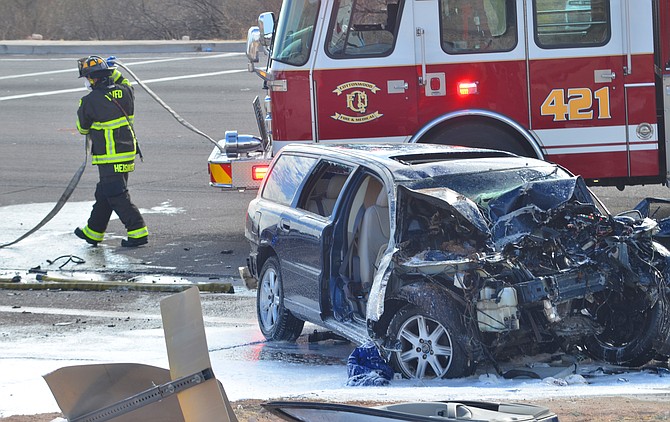 Medical helicopters landed on State Route 89A about 200 yards north of the accident scene to pick up the injured victims. VVN/Vyto Starinskas