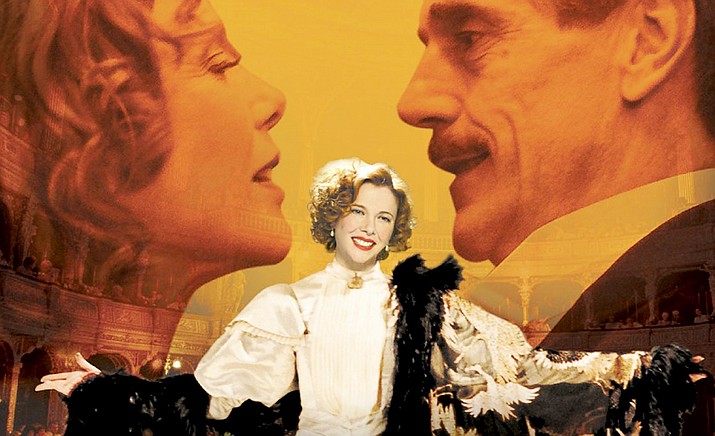 The Sedona International Film Festival presents “Being Julia” on Tuesday, Feb. 23 at 4 and 7 p.m. at the Mary D. Fisher Theatre.

The Sedona International Film Festival presents a “Festival Flashback” of the sensational acclaimed film “Being Julia” on Tuesday, Feb. 23 at 4 and 7 p.m. at the Mary D. Fisher Theatre.

“Being Julia” — based on W. Somerset Maugham’s “Theatre” and adapted by Academy Award-winner Ronald Harwood (“The Pianist”) — is an intoxicating combination of wicked comedy and smart drama, starring Annette Bening as the beautiful and beguiling actress Julia Lambert.

In London in 1938, Julia Lambert is at her peak, physically and professionally, but her successful theatrical career and her marriage to handsome impresario Michael Gosselyn (Jeremy Irons) have become stale and unfulfilling. She longs for novelty, excitement, sparks.

Enter Tom Fennell (Shaun Evans), a younger man who claims to be Julia’s greatest fan. Finding his ardor irresistible, she decides that romance is the best antidote to a mid-life crisis and embarks on a passionate affair.

Life becomes more daring and exciting, until Julia’s young lover callously tries to relegate her to a supporting role. But on opening night, Julia reveals that she is a more formidable actress than anyone ever imagined.