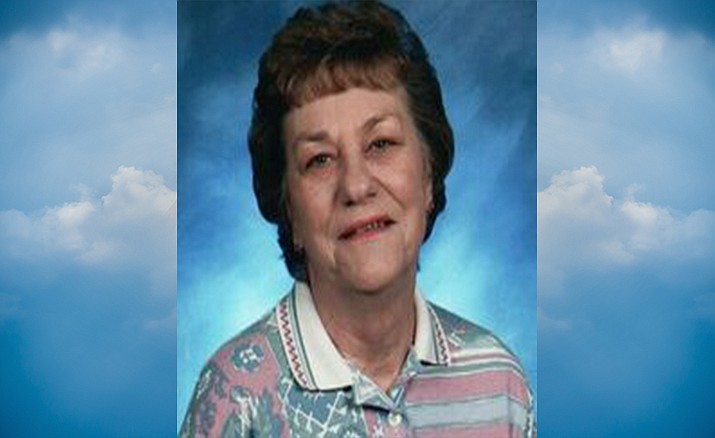 Kay Frances Kallsen died February 4, 2021. She was 81 years old. Kay was born in Jerome, Arizona to Frank and Katherine Boban. Her family moved to Bridgeport in 1945. She attended Willard School and Cottonwood High School.

She married Keith Kallsen in 1957. She worked at Marcus J. Lawrence Hospital in the business office, as well as a medical assistant for Doctor Daniel Bright for many years. She started her own business, Flowers by K.

She was incredibly supportive of her children’s activities, becoming a Little League scorekeeper, a 4-H leader, and a Verde Valley Fair Board member. She was also a member of Our Shepherd Lutheran Church.

Kay is survived by her two children, Keith W. Kallsen (Frankie) and Kimberly King (George); two grandchildren, Fletcher and Lily King and her nephews, Joseph Kezele (Patty), Frank Ohlwiler (Heather), Kenneth Ohlwiler (David) and Jerry Sims. She is preceded in death by her husband, Keith C. Kallsen and her brothers, Joseph Kezele, Robert Sims, and sister, Rose Ohlwiler. Private services will be held at a later date. In lieu of flowers, donations may be made to the Old Town Mission or Clemenceau Museum.