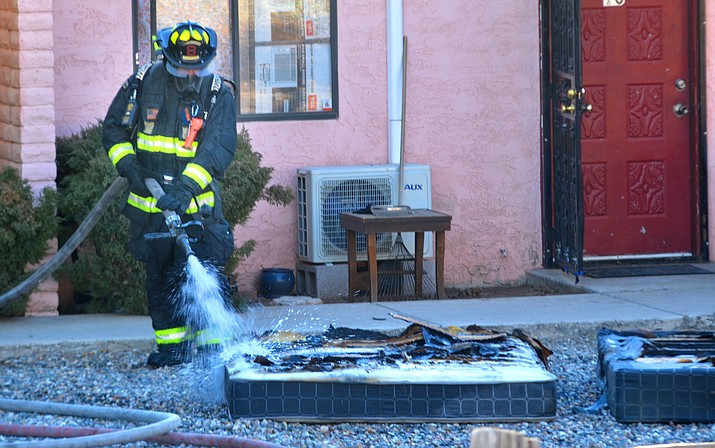 After a call came in about the fire, which happened in an apartment in a complex on West Head Street, a crew was able to get to the scene quickly. That crew quickly put out the fire before it could destroy the apartment or spread.

Krebbs said a battalion chief told him the fire appeared to involve a man who was smoking a cigarette while an oxygen tank was present.

The apartment complex was evacuated, Krebbs said. He said a battalion chief told him the damage was limited and was contained to the apartment where it began.

The call wasn’t the only structure fire in Camp Verde on Saturday morning. At about 5 a.m. Saturday, Copper Canyon Fire responded to a house fire in the Middle Verde area.