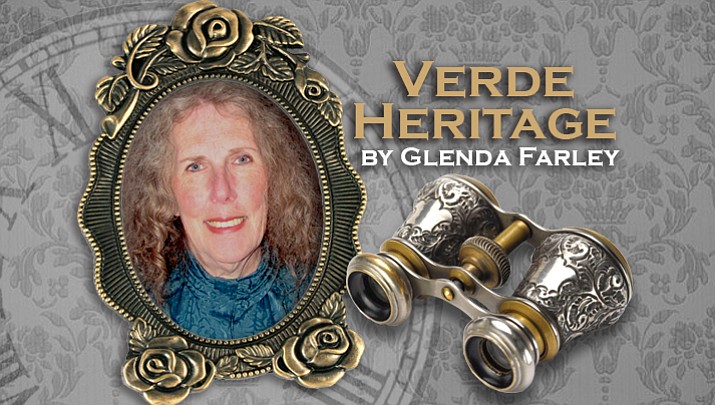 "Parties who came in from Jerome yesterday, tell of an amusing incident which happened on the way in. A soldier, who, it is alleged, had deserted from Fort Whipple, was apprehended at Jerome and a corporal was sent out to bring him to the post."

"The corporal got his man, and was en route home with him, the two being in the baggage car of the train. The corporal, it is stated, was overcome with drowsiness and he dropped off into a peaceful slumber. Just after the train had passed the summit, and was on the downgrade, coming at a lively rate of speed, the prisoner made a dash for liberty. In jumping off the car, he landed on the ground in a sprawling position, and after rolling over two or three times, from the momentum of the train, he gathered himself together and struck back up the track at a double quick gait."

"His captor was awakened from his slumber and informed of what had happened and the train was stopped to let him off. He insisted on the train being backed up, but this the train men refused to do, as they had received no orders for the pursuit of alleged deserters, so the corporal started out alone."

"His man, however, had by this time gained a good start on his pursuer, and on seeing the latter, left the railroad track and struck out for tall timber on the mountain side. By some means the alleged deserter obtained possession of a six shooter before starting, and the corporal was also armed with one."

"The soldier who deserted from Fort Whipple recently ... was Merwede, the lightning football player who astonished the Phoenix team with his feats. The corporal from whom he escaped is said to be in the guard house at Fort Whipple." (Arizona Weekly Journal-Miner; February 24, 1897; page 3.)