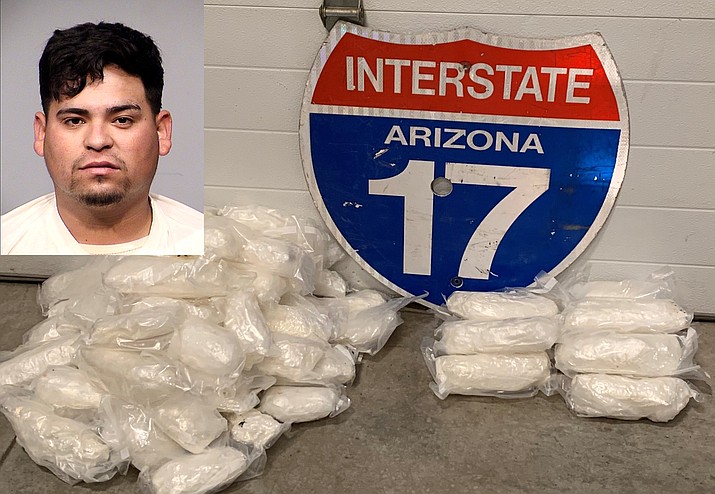 Forty-eight pounds of meth found by the Yavapai County Sheriff’s Office during a K9 unit stop on Interstate 17 north of Sunset Point in Yavapai County. (Courtesy of YCSO)

SUNSET POINT — The Yavapai County Sheriff’s Office K9 deputies were conducting routine patrol on I-17 north of Sunset Point in Yavapai County on Thursday afternoon, Feb. 18, when they noticed the driver of a white 2014 Nissan Altima was driving recklessly, according to a news release.

A deputy pulled over the driver, 26-year-old Carlos Camargo-Urias of Surprise, Arizona. During the traffic stop, according to the release, there were several red flags and Camargo-Urias was extremely nervous, so deputies searched his vehicle.

“This is the second major methamphetamine arrests our deputies have made in the last week,” said Sheriff David Rhodes in the release. “We all know meth is dangerously addicting and is damaging to the body. I want to thank our K9 deputy for making sure these drugs didn’t make it out into our community.”