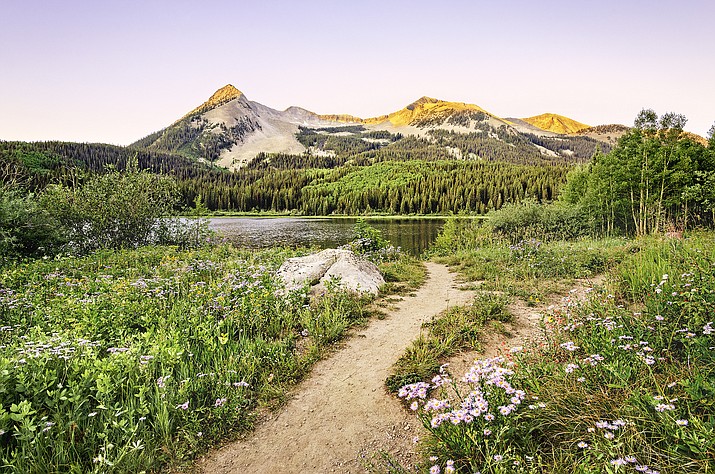 The Village Gallery of Local Artists features the work of fine arts photographer Grazina Wade during the month of March.

The gallery invites you to come in to view Wade’s work on any day between 10 a.m. to 6 p.m. There will be no First Friday event scheduled in March.

Wade calls her work “the melody of light.” She is part of a both historic and rapidly growing segment of artistic output called fine art photography, a means of using the camera to paint subjects with light, and freeze selected slices of time for permanent enjoyment and viewer impact.

Wade was born and raised in Boston and later lived in Germany and New York. Her interest in photography started at an early age. While growing up on the East Coast, Wade’s family went for drives to see fall foliage, and for vacations along the Maine coast and Cape Cod.

Since her parents were both artists, they looked for locations where they could set up to draw and paint. During these trips Wade experimented with her parents’ Kodak camera, making artistic landscape renditions.

Artistic roots took hold – she liked her first college photography course so much that she enrolled at the Tufts Museum School art program, where she received her BFA.

While a student, her inspiration came from Ansel Adams, Edward Weston, Alfred Steiglitz and Paul Strand, and so she pursued black and white photography of the New England landscape.

Years later Wade made her ‘pilgrimage’ to Canyon de Chelly in Arizona to see where Timothy O’Sullivan and Ansel Adams photographed the White House Ruins. She fell in love with the Southwest, after two weeks of exploring the desert, visiting Indian ruins, and experiencing its vastness.

Several months later, Wade moved to Sedona where she spends her time photographing a surreal world that makes up the stark and colorful magnificence of the dry lands.

The visual drama of the Southwestern landscape, illustrated, for instance, by a sun-washed, snow-capped, thousand-foot butte backed by ominous black thunderclouds, has been enough to fuel Wade’s passion for her art for decades.

An Ansel Adams devotee, she has been able to meld technology with sensitive and finely-honed visual skills to go the icon one better in the use of painting capabilities that produce quality, lasting images on both canvas and aluminum, the latter of such clarity to suggest 3D.

Her canvas prints, some table-sized, appear nearly indistinguishable from those using traditional media.

The Village Gallery of Local Artists is located at 6512 State Route 179 in the Village of Oak Creek and is open seven days a week from 10 a.m. to 6 p.m.

Contact the gallery at sedonalocalartists.com or by phone at 928-284-1416. Or stop by to see Wade’s work as well as the work of 40 other local artists.