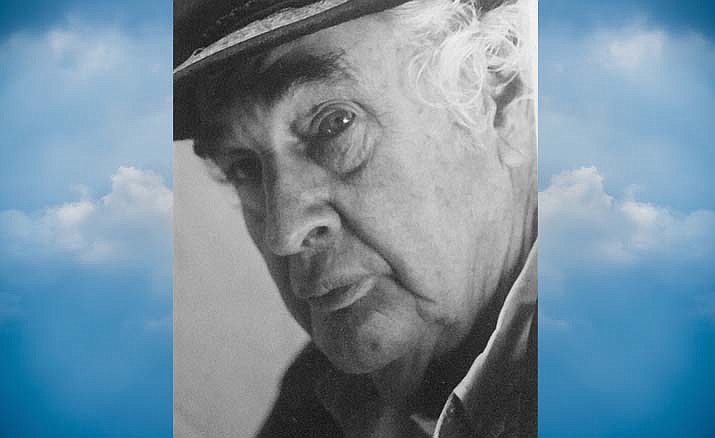 Rev. John William Jenkins of Camp Verde, Arizona passed away peacefully on February 18, 2021. He was born on March 21, 1930 in Kalamazoo, Michigan.

John served in the United States Air Force where he was stationed in Okinawa and studied in Japan before returning home to marry Doris Kundart in 1951.

John’s life touched so many souls as he ministered in Duncan, Winslow, Patagonia, and Camp Verde, Arizona. His community work included chaplaincy at Verde Valley Medical Center, board member of the Verde Valley Guidance Clinic, a fireman in Duncan, Arizona, an ambulance driver in two communities, and Boy Scout Master where he earned the Golden Eagle Award.

John was awarded the Verde Valley Chamber of Commerce 1974 Man of the Year Award.

John was the man everyone knew they could call when there was a spiritual need in the community.

He leaves a legacy of compassion, humility, and kindness. Everyone of all walks of life were embraced by Rev. John Jenkins. John was passionate about living a healthy lifestyle. He hiked the Grand Canyon and Havasupai Canyon trails with many groups.

One of his greatest accomplishments was in 1985 when he bicycled from Florence, Oregon to Yorktown, Virginia by way of the TransAmerica Bicycle Trail. His wife drove their camper as backup.

With historical sidebars and inspirational insights, John pursued another passion of his, creative writing. Catching a Dream, a journal of this sacred journey, became one of several of his award-winning published books, filled with wisdom and personal stories. The Camp Verde Library was his second home where he was surrounded by all his favorite subjects.

The family is asking for a donation to the Camp Verde Library in his memory.