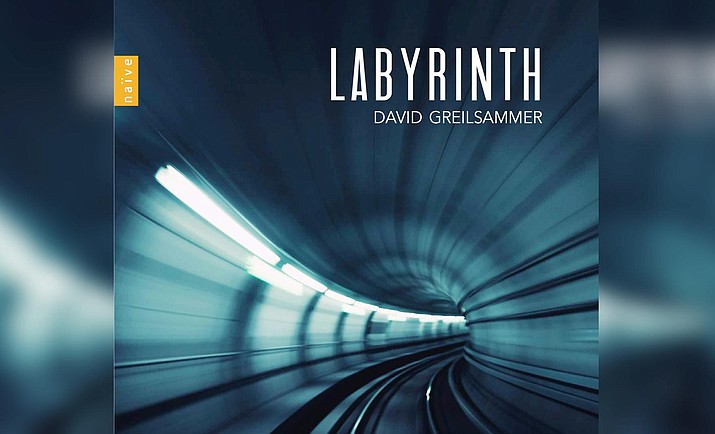 A Riveting Piano Recital, David Greilsammers new album venture, Labyrinth, is a project that he has been developing since 2017 in a number of concerts given in New York, at the Ravinia Festival, Illinois, in Lancaster and Sheffield, and at the Flagey in Brussels.

The fascinated listener can follow this trail here, while keeping hold of the thread and following the light, encountering composers both well and less well known, from every period and style, with whole works and ephemeral fragments cunningly interwoven.

While reconnoitering music by Beethoven, Janácek, Satie and Bach, we also have the surprise of a first world performance of Repetition Blindness by Ofer Pelz specially commissioned for the program and of a piano arrangement by Jonathan Keren of Chaos by Jean-Féry Rebel (also a first performance) as well as George Crumbs mesmeric Magic Circle of Infinity.

“Aleah” is the posthumous solo album by Aleah Liane Stanbridge, better known as Aleah Stanbridge, singer of the Swedish/Finnish band Trees of Eternity.

Aleah passed away in 2016 from cancer. She was just 39 years old, but Aleah’s eternal spirit lives on through her music, realized in her solo album brought to fruition by her life partner and Swallow The Sun/Trees of Eternity guitarist, Juha Raivio.

With the release of “My Will,” Juha says “this day April 18 will always stay as the blackest and saddest day of my life.

“But I want to remember this day also from something positive and good from now on. I want to thank Svart Records for standing behind me and giving me the opportunity to release all this music so far to honour Aleah’s legacy, and now finally Aleah’s own album that she always wanted to release.”

After relocating to Sweden from her native South Africa, Aleah first became known after she was featured on Swedish electronic musician Krister Linder’s “Don’t Lose Your Way” from his 2006 album “Songs from the Silent Years”.

Tracks include: Inverted Enlightenment, My Will, Sacrifice, The Tower, Breathe, Closing Under Pressure.

Citing influences such as Killing Joke, Black Sabbath, Pink Floyd, Joy Division and 16th century English mysticism, their music has also been compared to the work of Motörhead, Prong and New Model Army.

Created by bringing together Étienne Daho, Jean-Louis Piérot and Jane Birkin, Oh Pardon tu dormais is her most intimate album so far.

“Étienne helped me release a past pain, which saved me from melancholy and inertia. We gave each other everything, we took everything from each other and I’m still stunned by how the 3 of us worked together.

“We are this album’s parents… and this moves me” said Jane Birkin, who speaks for the first time about the death of her daughter Kate, the absence, love anxiety, ghosts from the past…

In this first single “Les Jeux Interdits,” Jane Birkin brings back a tender memory: when they were children, her daughters were so obsessed with the movie Les Jeux Interdits that they would bury everything with extremely formal rituals and they would have fun redecorating graves in the little cemetery nearby their house in Normandie (France).

Elbow – The Take Off And Landing Of Everything

A thoroughly mature and passionate affair that addresses real-life changes Elbow are once more hitting on home truths with pathos and humor.

Subtle and poised upon fine Northern wit this is another masterpiece that was recorded at Gabriel’s Real World Studios in Box with each member tracking their own contributions in isolation - an unusual method but one that adds mystery to the results.

Soulful, progressive and completely durable - this is the band at their best yet again.

Elbow are an English rock band formed in Bury, Greater Manchester, in 1997. The band consists of Guy Garvey, Craig Potter, Mark Potter and Pete Turner. They have played together since 1990, adopting the name Elbow in 1997. Drummer Alex Reeves replaced Richard Jupp first as session performer in 2016, which he continues to be.