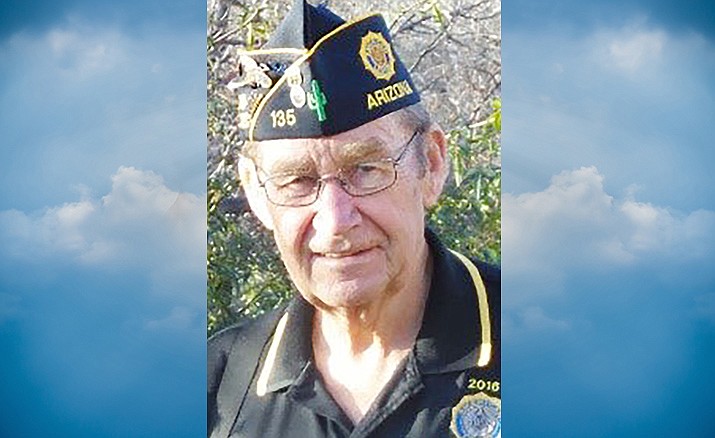 Jim Strande, 77, passed peacefully away in the early morning of January 7, 2021, in his home in Cottonwood, Arizona.

Jim was born in Brookings, So. Dakota, and entered the United States Air Force in 1965 when the Air Force first accepted married persons.

He attended basic training at Lackland AFB, Texas and later moved to Amarillo AFB, Texas, for procurement training. Following his formal training and certification, he was transferred to Beale AFB, Calif., in support of the SR 71 more commonly known as the Black Bird.

He was a founding and integral member of the Verde Valley Veterans Military Park. His passion for serving the community and other veterans was surpassed only by his love of family and friends, cooking, and a stickler for organizing. As one of his grandchildren referred to him as “the best, cranky grandpa around.”

A charter and active member of the Donald C. Thompson American Legion Post 135 in Cornville, he was in the American Legion for 23 years and served in post, district, and department offices both in the Dept of Arizona and Florida. He formed and served on the post honor and color guard as the bugler, providing honors for fallen veterans within the Verde Valley.

Jim is married to his wife of 36 years, Jeri who is also an Air Force veteran – between them they have three children, Robin Strande, Lance Strande and Electra Ellis, plus 10 grandchildren and four great-grandchildren. He has three sisters, JoAnn Evenson, Bev Koenig and Alice Bunker.


Jim will be laid to rest near his mother, Dorothy, and father, Art, at the Black Hills National Cemetery in South Dakota. Zoom Memorial services were held on Jan. 14 at the home of Jim and Jeri Strande.