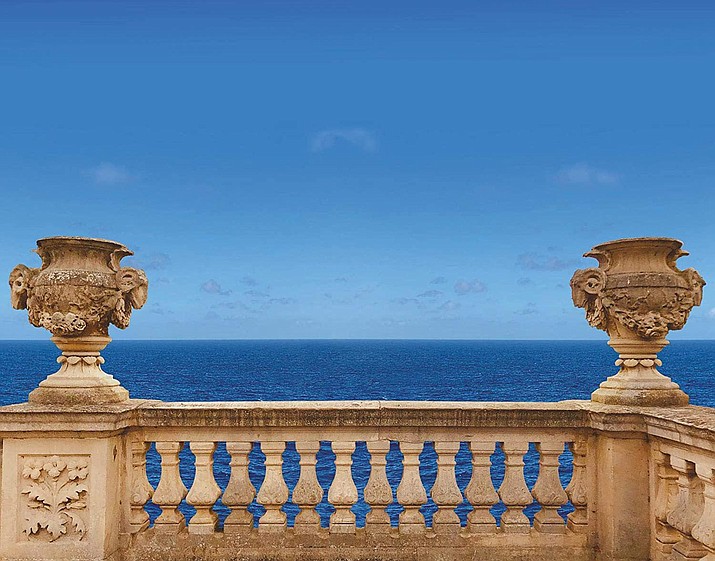 ‘Under A Mediterranean Sky’ is the first new acoustic solo album from legendary guitarist Steve Hackett, since 2008’s ‘Tribute’ – a record that saw him tackling some of the beautiful classical pieces that his guitar idols had also put their hand to.

Steve Hackett – Under A Mediterranean Sky

‘Under A Mediterranean Sky’ is the first new acoustic solo album from legendary guitarist Steve Hackett, since 2008’s ‘Tribute’ – a record that saw him tackling some of the beautiful classical pieces that his guitar idols had also put their hand to.

Hackett is an English musician, songwriter, singer, and producer who gained prominence as the lead guitarist of the progressive rock band Genesis from 1971 to 1977.

Hackett contributed to six Genesis studio albums, three live albums, seven singles and one EP before he left to pursue a solo career. He was inducted into the Rock and Roll Hall of Fame as a member of Genesis in 2010.

Hackett’s body of work encompasses many styles; in addition to his work in progressive rock, he has explored pop, blues, world music and classical music on his solo recordings. According to Guitar World: “Hackett’s early explorations of two-handed tapping and sweep picking were far ahead of their time.”

Swedish rockers Creye will return in January with their second studio album, ‘II’, a record that sees the band’s songwriting and playing jumping by leaps and bounds to put them at the forefront of the Swedish melodic rock scene.

Creye was started in 2015 by guitarist Andreas Gullstrand and signed by Frontiers after the release of their critically acclaimed debut EP ’Straight To The Top’ in 2017.

A self-titled debut album followed in late 2018, swiftly followed by the appointment of August Rauer as the group’s new frontman.

Much of 2019 was spent touring their home territory and mainland Europe, as well as writing new songs, following which they entered the studio to record ‘II’, which refines and improves their overall approach on an album that sounds incredibly cohesive and diverse.

“This record is truly is a milestone for us and takes Creye into a brand new chapter of our career,” states Gullstrand. “Back in 2018, we were still finding ourselves as a band and I really think that the year on the road was what needed to happen in order to bring us together as a group.

Tracks include: Broken Highway, Carry On, Find a Reason, Siberia, Face to Face.

The CD will include bonus tracks, a 24-page booklet and additional English lyric translations and transliterations.

For more than 30 years Buck-Tick have been inspiring musicians, influencing fashion and shaping pop-culture in Japan. This led to the MTV Video Music Awards Japan acknowledging the band’s impact by awarding them the accolade “Inspiration Award Japan” during their 30th anniversary year.

The band is also widely acknowledged for being one of the factors that sparked Japan’s “visual kei” movement and has had three official tribute albums made in their honor. Abracadabra features 14 tracks, plus soon-to-be-announced bonus tracks. It includes their latest singles “Kemonotachi no Yoru”, “Datenshi” and most recent release “Moonlight Escape,” the music videos and clips of which have been collectively viewed more than one million times on YouTube.

Labyrinth – Welcome To The Absurd Circus

Labyrinth’s new studio album is titled ‘Welcome to the Absurd Circus’, on which uptempo power metal with unforgettable hooks, epic prog infused rock and memorable melodic songs combine on another milestone record for the Italian group.

Labyrinth formed in 1991 with a lineup of Frank Andiver on drums, Ken Taylor on keyboards, Andrea Bartoletti on bass guitar, Anders Rain on lead guitar, Carlo Olaf Thorsen on lead guitar) and Joe Terry on vocals.

Embraced by fans and the hard rock media alike, it elevated both the upward trajectory of the group and the Italian scene as a whole.

A handful of subsequent full-length releases culminated with ‘Return To Heaven Denied Pt. II – A Midnight Autumn’s Dream’ in 2010.

‘Welcome To The Absurd Circus’ sees the reinvigorated Labyrinth surpass that effort with an album that is not only a must hear for their fans, but for progressive and power metal followers in general.

Tracks include: The Absurd Circus, Live Today, One More Last Chance, As Long As It Lasts, Den Of Snakes, Word’s Minefield, Dancing With Tears In My Eyes.

Norway’s Wig Wam are reunited and back in the ring with an exciting new album, aptly titled “Never Say Die.”

The new record showcases all the elements that helped the band develop the monster reputation they are known for: driving energy, unstoppable force, and never ending fun.

The catchy hooklines and melodic hard rock anthems that Wig Wam are known for are still very much present, yet the feel of this album brings you right in front of the Marshall amps! Blowing your speakers with full blown rock ’n roll, “Never Say Die” is a hard rocking musical journey. With three gifted songwriters in the camp, the album shines, tweaks, and pounds just the way a full blooded rock ’n roll album ought to. Wig Wam is back and ready to take you on a rock ‘n roll ride.

The band will bring their wild live performances on the road as soon as conditions allow.