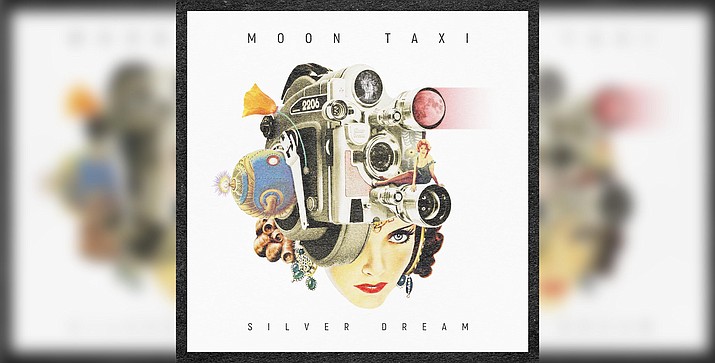 Moon Taxi has a new album, Silver Dream, with a dozen songs.

Moon Taxi has a new album with a dozen songs, but you may be forgiven for losing track of them.

One unmemorable, formulaic tune bleeding into another leaves the listener underwhelmed by the effect. Has it been 20 minutes, really? How many bland songs have been offered?

But perhaps “Silver Dream” — the Nashville alt-rockers’ sixth full-length album — is not intended for music lovers. The band has already sold the single “One Step Away” to ESPN’s SEC Network for coverage of college football.

That deal is just the latest in which deep-pocketed brands have snapped up Moon Taxi music — Maker’s Mark, Jeep, Microsoft Surface Pro, BMW and McDonald’s. Is this the real silver dream of the title?

We are witnessing the natural effect when a band loses the last of its edge, lured into writing mainstream fluff.

They even have a song on the new album called “Take the Edge Off.” It’s all the musical equivalent of the gradual bleaching of coral.

After the sadly underwhelming — sonically we mean, clearly not monetarily — album “Let the Record Play” in 2018, there was a glimmer of hope in 2019 that the band had righted its course with the terrific song “Restless.”

But that was a false dawn.

Moon Taxi just doubled down on mediocre, dad jeans alt-rock and are now so distant from their brilliant 2012 album “Cabaret” that it’s too far for a taxi to drive. “It’s a long walk back from yesterday,” lead singer and guitarist Trevor Terndrup seems to acknowledge on the new album.

So let’s just call them what they really are right now: jingle writers.