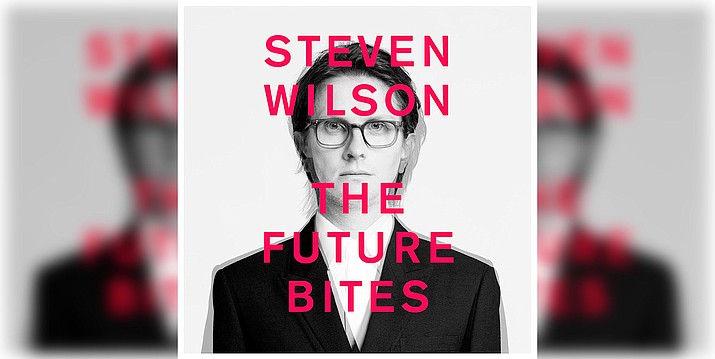 Steven Wilson’s sixth studio album, The Future Bites, is his most inventive and far-reaching musical construction to date.

Steven Wilson’s sixth studio album, The Future Bites, was co-produced in London by Wilson with David Kosten (Bat For Lashes, Everything Everything.

The album was initially set for release on June 12, 2020 but later was pushed back due to the COVID-19 pandemic, which affected the marketing and production related to the album.

Wilson is a musician, singer, songwriter and record producer, most closely associated with the progressive rock genre.

Currently a solo artist, Wilson became known as the founder, lead guitarist, lead vocalist and songwriter of the band Porcupine Tree, as well as being a member of several other bands.

MSG is a legendary name. After two phenomenal records under the guise of Michael Schenker Fest, a true guitar hero is returning to his roots.

By forming the Michael Schenker Group (MSG) back in 1979, Schenker laid the foundations for one of hard rock’s most glorious solo careers of all times.

And while nobody expected anything less from a former guitarist for Scorpions and UFO, it’s close to impossible mentioning everything he has built over the past 50 years, or the countless people he influenced or played with.

This, truly, is the stuff that hard rocking myths are made of.

In August 2012, Schenker received a Lifetime Achievement in Rock and Roll Award. During the award ceremony, Schenker performed with Sammy Hagar, Montrose and Van Halen.

Tracks include: The Queen of Thorns and Roses, After the Rain, Sangria Morte.

The transcendent new album from Ani Di Franco, Revolutionary Love marks the latest proof of one of her most powerful gifts as an artist: a rare ability to give voice to our deepest frustrations and tensions, on both a personal and political level.

As the 22nd studio album in an iconic career — a musical career which forged one degree of separation between Pete Seeger and Prince and the accompanying career of founding her own precedent-setting label, Righteous Babe Records — Revolutionary Love began taking shape in the final weeks before the COVID-19 pandemic came to change the plans of everyone everywhere.

Returning home to New Orleans from a West Coast tour in February of 2020, with a new batch of songs written on the road, Di Franco found herself without a path to recording those songs and lost in the creative abyss of the collective need for social isolation. Recorded mainly in two whirlwind days at Overdub Lane in Durham, Revolutionary Love more than justifies the mad dash behind its making.

Founder members Joel Ekelöf and Martin Lopez, along with Lars Åhlund, Cody Ford and Oleksii ‘Zlatoyar’ Kobel have never shied away from challenging perceptions of life and humanity, and Imperial continues Soen’s unique journey through the psyche of our species and the conundrum of our times, complicated yet further by the COVID-19 pandemic crisis.

“Antagonist” storms through the gates with a massive heavy riff of intent, followed by an epic blend of strength, beauty and defiance which will excite old school Soen-ers and new fans alike.

Lopez has described Soen’s music as “melodic, heavy, intricate and very different than everything else.” Their debut, Cognitive, was released in February 2012 receiving positive critical reception.

The members’ technical proficiency was praised the most, though many reviewers noted extreme stylistic similarities to the music of Tool.

Written in his home after his adopted hometown of Nashville was hit by a tornado and the world was hit by a global pandemic, Langhorne Slim’s Strawberry Mansion was born while writing a song a day to help reignite his artistic muse.

What results is a collection of bursts of joy, hope, struggle, and honest moments from a tumultuous time.

Langhorne Slim began to gain public notice through several years of touring with the Trachtenburg Family Slideshow Players and an appearance at the Bonnaroo Music Festival. His song “Electric Love Letter” was chosen as number 5 on the Rolling Stone editor’s top ten picks and was also in the movie Waitress.

He has been seen on tours with Cake, The Avett Brothers, Murder By Death, Jeffrey Lewis, The Violent Femmes, Lucero, Rocky Votolato, the Woes, Josh Ritter, Drive-By Truckers, The Low Anthem, Old 97’s, Jessica Lea Mayfield, Grace Potter and the Nocturnals, The Devil Makes Three, and The Lumineers.