No sign of stolen Bank of America money after five years 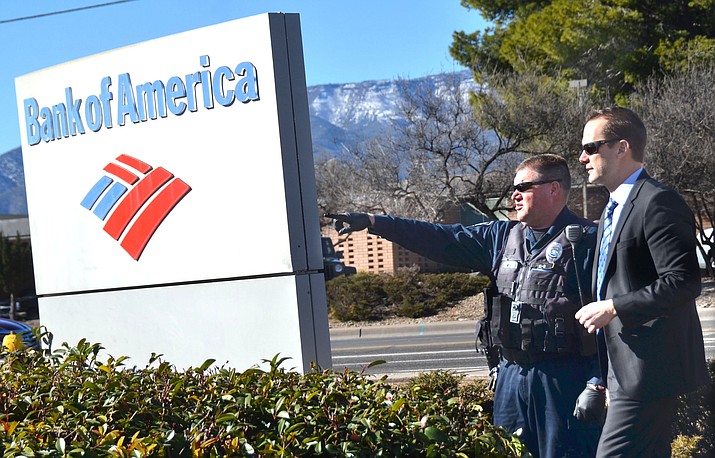 Cottonwood Police Chief Steve Gesell was in his first week on the job when the Cottonwood branch of the Bank of America was burglarized. About $350,000 was stolen in the heist. VVN/Vyto Starinskas

COTTONWOOD -- Have you ever kept a secret for five years? The burglar or burglars who took $350,000 from the Cottonwood Bank of America Bank have.

To this day, no one has solved what Cottonwood police described as one of the largest bank burglaries in Arizona history.

And if they keep that secret for two more years, police said the statutes of limitations will run out on the crime.

“At this time, we have been unable to recover any of the stolen money,” explained Cottonwood Police Sgt. Chad Sinn last week.

As of Wednesday, the burglary of the local bank has remained the perfect crime, yielding no arrests. The bank was burglarized – not robbed – on Sept. 27, 2016, with the thieves looting the bank of some $350,000.

“We do have leads on this case and continue to monitor those leads.” Little has changed about those leads, but they do remain active, Sinn added.

Police still don’t know how many people were involved, or even if it was a man or woman, but they now say the person had keys to the bank, according to Cottonwood Police Sgt. Monica Kuhlt in an interview in 2019.

Kuhlt said investigators wrote numerous warrants throughout the process, searched residences and vehicles, did analysis reviews of bank records and still came up empty-handed. Even a $40,000 reward issued by police hasn’t helped.

Kuhlt confirmed that Cottonwood detectives have had suspects.

In 2019, Cottonwood Police were approached by the College of Security and Intelligence at Embry-Riddle University in Prescott to work on the burglary as part of a Capstone senior project.

“The students were helpful identifying body language in some of the interviews (audio/video) Cottonwood Police Investigators conducted,” Sinn said. “They did not change the direction of this investigation though.”

Police only have one photo of a suspect from the burglary, taken when the person left the bank at 4 a.m. in a cowboy hat and plaid shirt, walking toward Safeway.

Kuhlt said the burglar had the knowledge to manipulate the cameras or knew where to stand so they were not videotaped during the break-in.

Kuhlt said after the alarm went off, the security firm for the bank accessed the Bank of America interior cameras with a live feed, looked around with remote cameras, and did not see the burglars; leading the officer to believe the cameras were manipulated again.

“There is such a thing as a perfect crime,” Kuhlt said.

The branch was closed in 2018 and now only offers ATM services.