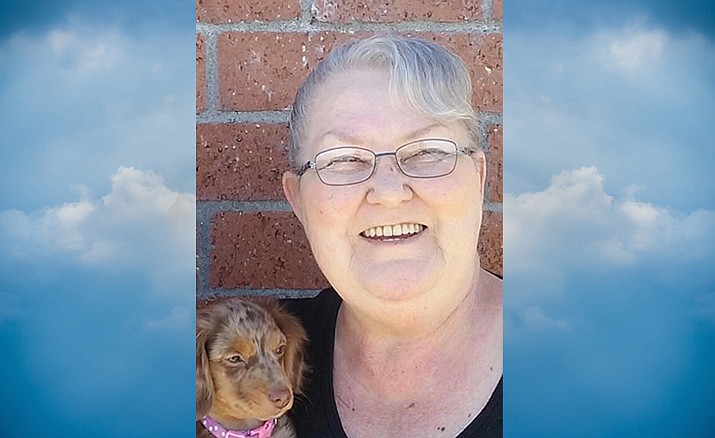 Patricia Ann Smith, age 73, of Rimrock, Arizona, lost her battle with cancer in the morning hours of January 23, 2021 in her home while surrounded by family.

She was born on September 7, 1947, in Phoenix, Arizona, to Alice Cox and Harry Barnes.

Known as Pat, she grew up in Cottonwood, Arizona, attending Mingus Union High School as an avid cheerleader in Jerome, Arizona, graduating in 1965.

Pat married Robert (Bob) L. Smith in March 1969 and built a family in Phoenix. Due to her love of family and her children, she was known for attending directly to all their athletics and Scouting.

A Medical/Bookkeeping Office Manager for 30 years, she retired to Rimrock, where she rekindled old high school and Verde Valley friendships routinely meeting with them for fun and official reunions.


She is preceded in death by her mother, Alice of Cottonwood and father, Harry of California; stepfather, Henry (Hank) Herridge of Bagdad, Ariz.; stepsister, Joyce Golightly of Flagstaff and stepbrother, James Herridge of Cottonwood, of whom she adored.


She is survived by her husband Bob; sons, Chad, Jimmy and Justin, daughter, Danae; seven grandchildren and three great grandchildren with two more due this year.

Information provided by the survivors.