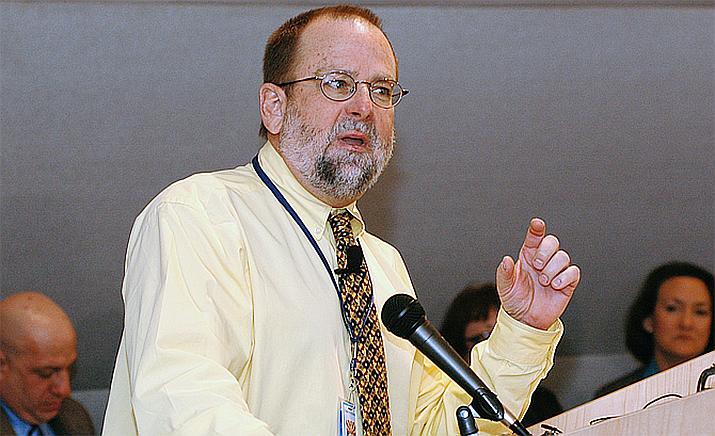 Former state health director Will Humble says the 25% overall refusal rate of the COVID-19 vaccine, if a recent study bears out, means there could be a delay in the state reaching "herd immunity.' (Howard Fischer / Capitol Media Services file photo)

PHOENIX - Nearly a month after vaccines have become available here, a quarter of Arizonans remain unwilling to get inoculated against COVID-19.

And there is a political component to all of this.

A new survey by OH Predictive Insights finds that those who identify as Democrats are more likely to roll up their sleeves for a vaccine approved by the federal Food and Drug Administration than Republicans. Just 17% of Democrats told pollster Mike Noble they have no intention of getting inoculated versus 29% of Republicans.

Still, the numbers in the survey conducted earlier this month show some progress. When Noble last ran the poll in September, before there was an approved vaccine, 38% of Arizonans said they wouldn't take it, even if offered for free.

But the director of the Arizona Public Health Association said that 25% overall refusal rate that remains among Arizonans, even after inoculations have started, could delay the state reaching "herd immunity.'' That's the point at which sufficient people have either been vaccinated or already have contracted the virus to prevent wholesale spread among those who have not.

And Will Humble said this could become even more crucial now that new more contagious strains of the virus are now beginning to pop up in the United States.

Noble's poll shows much of the attitude about getting inocluated is linked to how much risk anyone believes the virus poses.

He found that 68% of those who are extremely or moderately concerned about contracting COVID-19 are willing to get vaccinated. By contrast, 44% of those who express only slight or no concern will agree to inoculation.

And that, Noble found, has a high correlation with politics: Fewer than half of Republicans say they're concerned, versus 82% of Democrats.

"Probably, a lot of that's tied back to the former president,'' Humble said.

"He has made many statements suggesting that this was not a serious thing in terms of public health,'' he continued. "And there are so many people who see him as an oracle of knowledge that they adopted what he has said.''

There have been efforts to convince people about the safety and effectiveness of the vaccine.

"Gov. Ducey wants Arizonans to get vaccinated,'' said C.J. Karamargin, press aide to the Republican governor. "When it's his turn, the governor will be getting the vaccine.''

Ducey has in some ways staked his reputation in fighting the virus on people getting vaccinated.

He has refused to implement new mitigation measures and restrictions on individual and business activities even as the state entered a second wave of infection, relying on the virus being tamped down by Arizonans getting inoculated.

Through Wednesday, the state Department of Health Services reported there were 459,399 individuals who had received just their first of two doses. Another 85,533 had gotten both shots.

"It is, as the governor has said many times, the light at the end of the tunnel,'' Karmargin said.

Steve Elliott, spokesman for the health department, said one thing that may build confidence is that, as more people get inoculated, they share their stories.

"Arizona will have large numbers of influencers sharing that the vaccines are safe and effective,'' he said. And Elliott said his agency will have its own campaign explaining the benefits, both broadly and with messages targeted to specific groups and those disproportionately impacted by the virus.

But Humble said none of that may matter among people who, vaccine safety or not, don't see COVID-19 as a risk.

"For people of a certain age that have established their opinion about this, I don't think there's much that can shift them short of perhaps former President Trump sounding the alarm,'' he said. "That might change the minds of some of them.''

Noble agrees, suggesting that much of the change has to start at the national level but that it goes all the way down the chain.

"It hinges very much on Republican leadership talking about the virus and the issues in order to ultimately mitigate or change perceptions of COVID among the GOP,'' he said.

All that still leaves the question of whether Arizona can reach herd immunity given the number of nay-sayers to vaccines.

The good news, Humble said, is that COVID-19 is not as communicable as measles.

The same is true, Humble said, of what will happen with the coronavirus.

"Those of us who do get the vaccine are going to carry the load and those who have been infected,'' he said. "That's going to take us halfway to herd immunity.''

Still unclear, though is at what point the state and the country get there.

"What we had believed is that we needed to get to 65% to 70%,'' Humble said. But that was before the virus started mutating into new, more contagious strains, with the UK variant believed to be 40% more transmissible.

Steve Elliott, the spokesman for the health department, said what may help improve the situation is more people getting inoculated.

"As vaccine becomes available in more places, Arizona will have large numbers of influencers sharing that the vaccines are safe and effective,'' he said. And Elliott said his agency will have its own campaign explaining the benefits, both broadly and targeted to specific groups and those disproportionately affected by the virus.

Humble said one other problem of getting to that point goes beyond personal desires.

He said it appears that many of the people who have so far managed to get appointments are those who may be more educated and affluent -- and capable of navigating what has often been confusing websites and getting the slots as they have opened up.

"Well, if you're a working person or if you don't have good WiFi or a new computer or any of the above, you missed your opportunity to get that February appointment,'' Humble said.

"And even if you did get an appointment, these are mostly drive-up pods,'' he continued, further exacerbating the disparity between the haves and the have-nots.

The online opt-in survey of 1,022 individuals was conducted from Jan. 11 to Jan. 18 from a statewide voter registration sample and was weighted to reflect gender, region, age, party affiliation and ethnicity. It has a margin of error of 3.1%.