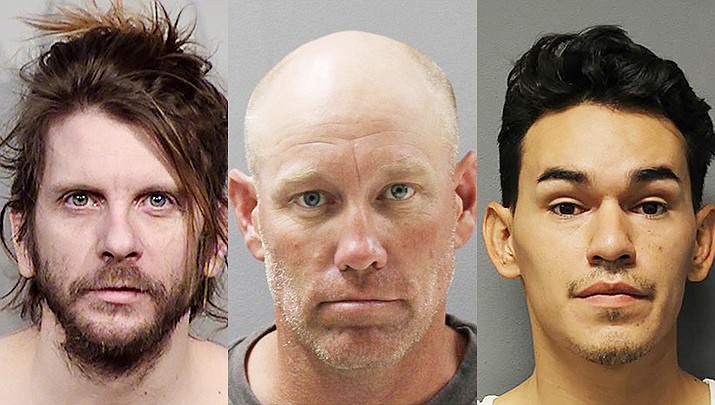 From the left are Jordan Mansfield, Robert Pearsall III and Thomas Lopez.

YAVAPAI COUNTY — Wednesday, the Yavapai County Sheriff’s Office sent out information about the 22 most wanted convicted felons Silent Witness program. A few of those people being sought have connections to the Verde Valley.

There is a cash reward for information that leads to the arrest of each fugitive. This program has led to the arrest of 106 felons and has paid out almost $51,500 in rewards since its inception, YCSO said.

To earn your reward, you must call Yavapai Silent Witness at 1-800-932-3232 or submit a tip through yavapaisw.com. You can also contact the United States Marshal’s Service by calling or texting 928-864-6126.

All calls or tips provided to Yavapai Silent Witness will be completely anonymous.

On Sept. 8, 2018, Robert David Pearsall III was camping in the area of Bear Siding Camp Site near the Verde River when he approached a male victim from behind. Unprovoked, YCSO says, Pearsall struck the victim about the face and head several times with a hardened piece of wood until the victim went to the ground unresponsive and bleeding from the head and face.

As a result of the attack, the victim suffered a concussion, a traumatic laceration, partial loss of his right ear, and multiple bruises and abrasions.

Pearsall was arrested, was subsequently out on bond at the time of the trial and fled prior to the verdict and sentencing.

Pearsall, 43, is a white man, 5-foot-11, 165 pounds with blonde balding hair and green eyes. His last known address was in the Prescott area. He is believed to change his appearance often and is possibly driving a white 1999 Acura TL 3.0 4-door with a fictitious plate or no plate

Pearsall is wanted on charges of attempted first-degree homicide as well as two counts of aggravated assault. As a result, he has a warrant with a $100,000 bond.

There is a total of $8,000 in combined reward money for the tipster who provides information leading to Pearsall’s arrest.

Thanks to many donations from concerned members of the community, Yavapai Silent Witness is offering up to a $3,000 cash reward for information leading to Pearsall’s arrest. In addition, due to the cooperation of the United States Marshal’s Service’s Violent Offender Task Force, there is now an additional $5,000 available for a tipster who provides information leading to the arrest of Pearsall.

Jonathan Sterling Mansfield, 35, is charged with auto theft and assault. He now has a nationwide extraditable probation violation warrant with no bond stemming from his charges.

Mansfield is a white man, 6-feet tall, 170 pounds with brown hair and blue eyes. His last known address was in Eastlake, Ohio.

In September 2018, Mansfield stole a pickup truck from a U-Haul location in Sedona.

A Cottonwood police officer located the pickup, pulling a trailer in the area of Main and Cochise Streets, and observed Mansfield, who was in the driver’s seat, strike a female passenger in the head multiple times. The officer pulled the truck over, but Mansfield then got out and fled on foot.

After a foot pursuit, Mansfield was taken into custody.

If you provide information leading to Mansfield’s arrest, you could earn up to a $500 cash reward. 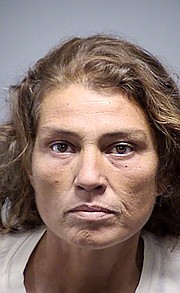 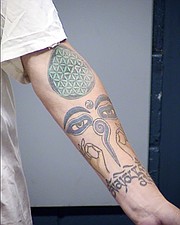 Between June and September of 2017, Lisa Marie Belmares began burglarizing a victim’s residence in the 5200 block of Bice Road in Rimrock, YCSO says. Belmares, who was known to the victim, stole two pieces of jewelry, multiple rifles and shotguns, a welder, a chainsaw and a guitar.

Belmares then sold many of the items or traded them for drugs. The total loss to the victim was about $8,500.

In April 2019, Belmares and an accomplice entered a disabled person’s home on Zachary Lane in Camp Verde, YCSO says. The victim had asked them to help him assemble a bed frame.

Belmares went into house, taking the victim’s .25 automatic pistol the victim had in his room.

Belmares was convicted in both these cases but has since been released on probation. She is currently wanted on three separate probation violation warrants. She is a 50-year-old white woman, 5-foot-8, 175 pounds with brown hair and brown eyes.

She also has multiple tattoos on her left arm. Her last known address is on Bice Road in Camp Verde.

If you provide information leading to Belmares’ arrest, you could earn up to a $500 cash reward.

On Aug. 6, 2016, according to YCSO, Thomas Flores Lopez went to the residence where his ex-girlfriend and her boyfriend were staying in the 1600 block of East Franquero Lane in Cottonwood.

Lopez tried to kick in the bathroom door until the victim finally opened it. Lopez then assaulted the victim by pulling her through the house and pushing her into a shelf causing injury to her hand.

The victim was able to get Lopez outside to protect her small child who was asleep on the couch near where the assault was occurring. After going outside, Lopez broke the front door to the residence. 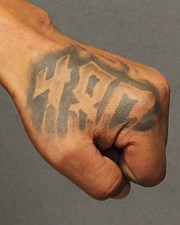 Lopez was charged with several crimes, including aggravated assault and criminal damage. He was convicted and was given probation as a part of his sentence. He has now violated his probation.

He has multiple tattoos, including what appears to be a Chinese symbol on his neck and “480” on his left hand.

His last known address is in The Bronx, New York, but he also has ties to Camp Verde and Mesa in Arizona.

If you provide information leading to Lopez’s arrest, you could earn up to a $500 cash reward.