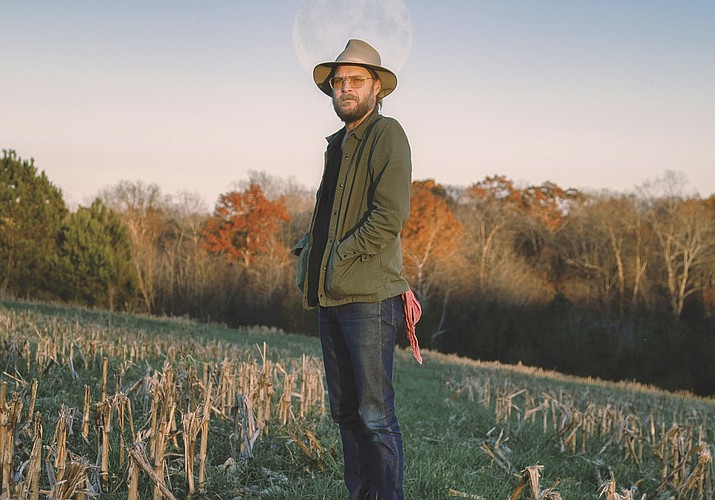 Here are some new music releases this month.

M.C. Taylor sounds gorgeously despondent at the outset of his band’s new album, a follow-up to his brilliant 2019 record, “Terms of Surrender.” But before he’s done he has charted his way, musically and lyrically, to a better place.

The result is “Quietly Blowing It,” a poignant, often soaring set of anthems for our times.

Hiss Golden Messenger’s previous album set a high standard, and the pandemic hit while it was still on a victory lap. So Taylor, the band’s lead singer and mastermind, holed up in his house in Durham, N.C., and wrote songs. Really good songs. By the time he brought them to his fellow band members, he had the makings of a stunning, richly-textured follow-up about navigating through dark times.

None of it comes off as wallowing because the music is simply gorgeous. The best songs blend piano and guitar-based melody behind Taylor’s smoothly soulful singing. Songs like “Hardlytown” and “If It Comes in the Morning” are majestic in different ways, with a sound that builds on Taylor’s earlier work but tacks further into rhythm and blues in ways that separate it from the Americana pack.

Lyrically, Taylor blends the personal and the political in an understated way. The only misstep, a not-especially-original song called “Mighty Dollar,” can be excused as something Taylor felt he had to include.

By the time he gets to the closer, “Sanctuary,” Taylor has figured something out.

“Feeling bad, feeling blue, can’t get of my own mind,” he sings as the song opens in a deeply groovy piano-and-bass bop. “But I know how to sing about it.”

The song feels celebratory but not unrealistic. There’s acknowledgement that this has all been hard. But the safe place for Taylor, and for listeners who travel with him on the journey, has always been the music.

Clocking in at 18 tracks, the sprawling, ambitious double album finds the Grammy and Emmy Award-winning composer breaking bold new ground as both a writer and a performer, drawing on a dystopian palette of distorted electric guitars, industrial synthesizers and orchestra in an effort to exorcise the demons brought about by four years of creeping fascism and civil rot.

The songs here call to mind everything from Nine Inch Nails, to David Bowie to XTC at times, balancing dense, harmonically complex arrangements with biting, acerbic wit as they reckon with the chaos and confusion of the modern world. Elfman wrote almost all of the record during quarantine, and while the anger, frustration, and isolation of it all is palpable in his delivery,

Big Mess is about more than simply blowing off steam. In making the space to truly sit with his emotions and write without limitations, Elfman achieved a kind of artistic liberation on the record that had been eluding him for decades, rediscovering his voice and reinventing himself all at once in the process.

Working with producer Chris Coady (Yeah Yeah Yeahs, Beach House), mixed by John Congleton (Sharon Van Etten, St. Vincent), and mastered by Joe LaPorta (David Bowie, Vampire Weekend, David Bowie), on Islomania the Thorburn wanted to move away from the rushed recording of the band’s previous 2016 releasesTaste and Should I Remain Here at Sea?, which were both recorded in a three-week period. Thorburn adds, “Tension and release exist throughout. Every song here begins bottled up, but there’s always a cathartic release by the end. There’s darkness and doubt in every crevice of this record, but there’s always a release.”

Lukas Nelson & Promise Of The Real

A Few Stars Apart, the new album from Lukas Nelson & Promise of the Real, is a testament to finding a human connection: between close family and friends, as well as one’s own heart. These 11 songs reveal what it means to come home again, to be still, and to find community—and yourself. Riding out the beginning of the pandemic with his parents and his brother, Grammy Award-winning Nelson was forced to hit pause in 2020 for the first time in his life. He and his acclaimed band had toured relentlessly for more than a decade, playing countless sold-out one-night shows and festivals around the world and occasionally serving as Neil Young’s road band. For the longest stretch of time in his life, Nelson was forced to find stillness, connection and inspiration in life’s simplest joys.