Camp Verde man, 30, found dead under bridge
Cause of death under investigation 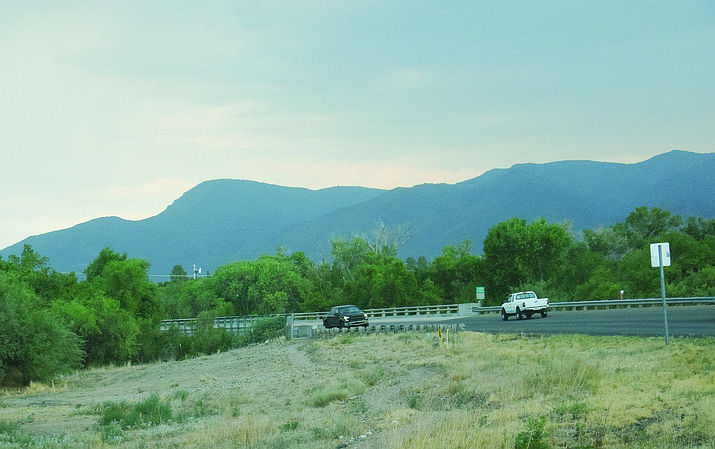 Thirty-year-old Jacob Michael Kutsch of Camp Verde was found dead Wednesday evening under Black Bridge, near the edge of the Verde River. The cause of death is under investigation. VVN/Jason W. Brooks

CAMP VERDE — The body of a 30-year-old Camp Verde man was discovered this week under a Verde River bridge. No apparent cause of death has been announced.

Wednesday, at about 6:30 p.m., Camp Verde Marshal’s Office deputies responded to a call about a dead man, who was later identified as Jacob Michael Kutsch of Camp Verde, according to a CVMO news release. His body was found under Black Bridge, which is along Montezuma Castle Highway.

Copper Canyon Fire and Medical Authority confirmed he was deceased. The news release said Kutsch’s body was found under the bridge, near the water’s edge.

CVMO said the cause of death is yet to be determined and there is no immediate hazard or threat to the community.

“A thorough investigation is currently being conducted by CVMO detectives and the (Yavapai County) Medical Examiner’s Office,” the Marshal’s Office said. “At this time, no final ruling has been determined as to the manner and cause in the death. More information will be released as it becomes available.”